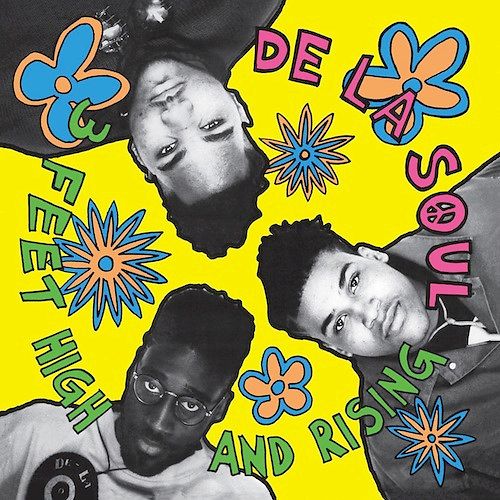 PRE-ORDER ITEM: This item will only be shipped to you on or after 3 March 2023. Please note any orders containing pre-order items won't be shipped until all items are available, so please order this separately to avoid delays. Release dates are at the mercy of labels, distributor, and pressing plants and will change constantly.
1 per customer
PICK-UP AT SHOP / FREE SHIPPING FOR ORDERS WITHIN BELGIUM AND EXCEEDING € 100 (FYI: we notice delays at Bpost which are out of our hands, if you want to be a 100% sure about delivery date, best choose pick-up) / Shipping costs are dependent on various factors and are calculated in your shopping cart. Add this item to your cart to see the shipping cost. Or pick up your order at our store in Ghent.

De La Soul's seminal debut album 3 Feet High and Rising was originally released on March 3, 1989 and is widely considered among the most influential hip-hop albums of all time. It marked the first of three full-length collaborations with producer Prince Paul and contains the singles, “Me Myself and I”, “The Magic Number,” “Buddy,” and “Eye Know.” The album title came from the Johnny Cash song “Five Feet High and Rising.” It is listed on Rolling Stone’s 200 Essential Rock Records as well as their list of 500 Greatest Albums of All Time. It is also featured on The Source's 100 Best Rap Albums.

Sampling artists as diverse as Hall & Oates, Steely Dan and The Turtles, 3 Feet High and Rising is often viewed as the stylistic beginning of 1990s alternative hip hop (and especially jazz rap). 3 Feet High & Rising was chosen by the Library of Congress to be added to the National Recording Registry for its cultural significance and general excellence. The album will finally be available on streaming services and in-stores on its anniversary, March 3, 2023.