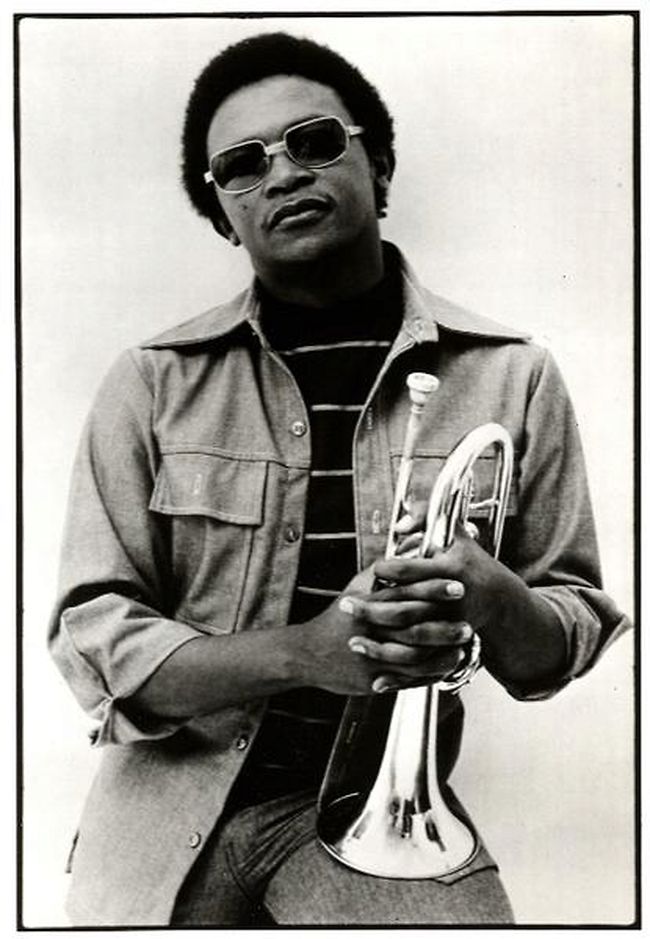 Hugh Ramapolo Masekela (4 April 1939 – 23 January 2018)[1] was a South African trumpeter, flugelhornist, cornetist, singer and composer who was described as "the father of South African jazz".

Masekela was known for his jazz compositions and for writing well-known anti-apartheid songs such as "Soweto Blues" and "Bring Him Back Home".

Masekela moved to the United States to attend the Manhattan School of Music in New York, where he studied classical trumpet from 1960 to 1964.

A renewed interest in his African roots led Masekela to collaborate with West and Central African musicians, and finally to reconnect with Southern African players when he set up with the help of Jive Records a mobile studio in Botswana, just over the South African border, from 1980 to 1984. Here he re-absorbed and re-used mbaqanga strains, a style he continued to use following his return to South Africa in the early 1990s.

Also in the 1980s, Masekela toured with Paul Simon in support of Simon's album Graceland, which featured other South African artists such as Ladysmith Black Mambazo, Miriam Makeba, Ray Phiri, and other elements of the band Kalahari, which was co-founded by guitarist Banjo Mosele and which backed Masekela in the 1980s.