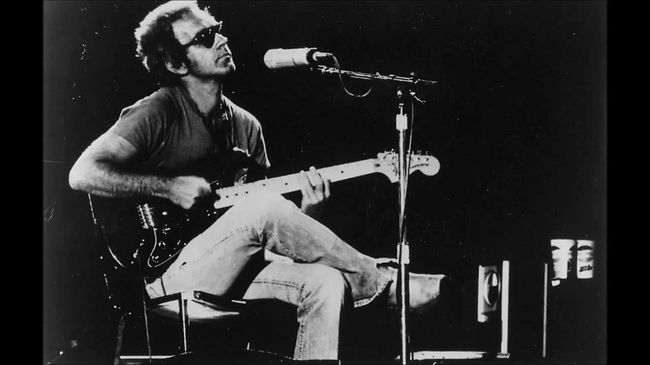 The legendary singer, songwriter and guitarist, JJ Cale passed away on July 26, 2013 but the legacy he left behind is a treasured one for fans that has and no doubt will continue to inspire upcoming artists as well as rock icons around the world. Rolling Stone has stated that "his influence is immeasurable," a point reinforced by the fact that a genre-spanning list of stars including Neil Young, Eric Clapton, Lynyrd Skynyrd, John Mayer, Johnny Cash, Captain Beefheart, Santana, The Allman Brothers, Jerry Garcia, The Band, Chet Atkins, Freddie King, Beck, Band of Horses, Jose Feliciano, George Thorogood & The Destroyers, Waylon Jennings, Clarence Gatemouth Brown, Tom Petty & The Heartbreakers, Bobby "Blue" Bland, Lee Fields, Widespread Panic, John Mayall and many more have covered his timeless music.

JJ Cale had every opportunity to be a much bigger worldwide star but he was notorious for declining the greatest of those opportunities. He baffled many in the industry who weren't accustomed to such a determination to stay grounded and real, disregarding the fame and fortune that most artists crave. His philosophy allowed him to live more than comfortably on his own terms, avoiding so many of the superficial trappings of stardom and enabling him to focus on what really mattered to him - the music. That said, an offer to play Carnegie Hall on March 29, 1996 was one that struck a special chord and got an enthusiastic green light. Cale felt this might be a once in a lifetime opportunity to play the legendary venue and making the deal that much sweeter was that it represented yet another chance to share the bill with his friends in The Band.

Eric Clapton has proclaimed that JJ Cale is one of the single most important figures in rock history. Cale's influence on Clapton has been profound and, after years admiring Cale's work and covering several of his songs such as "After Midnight" and "Cocaine", the two guitar giants finally collaborated for the first time in their careers on the 2006 original album, The Road to Escondido. That project earned Cale his first Grammy® for Best Contemporary Blues Album and his first RIAA Certified Gold Award. At the time, Clapton said, "This is the realization of what may have been my last ambition, to work with the man whose music has inspired me for as long as I can remember."

After Cale passed away in 2013, to honor his legacy, Clapton gathered a group of like-minded friends and musicians for The Breeze, An Appreciation of JJ Cale, released July 29, 2014 (three days after the anniversary of Cale's passing). With performances by Clapton, Mark Knopfler, John Mayer, Willie Nelson, Tom Petty, Derek Trucks and Don White as well as David Lindley, David Teegarden, Jamie Oldaker, Greg Leisz, Nathan East, Albert Lee, Jim Keltner and Cale's wife, Christine Lakeland Cale, the album is named for Cale's 1972 single "Call Me The Breeze". The album features fifteen Cale originals, including three previously unreleased tracks, plus a cover of Ray Price's "I'll Be There (If You Ever Want Me)", which Cale had recorded on his Okie album. Eric also created a very special tribute within a tribute by starting the new album with "Call Me The Breeze", which was also the first track on Cale's debut record. Eric then made it that much more special by using Cale's original 1972 recording of the count-in to the song before Eric and Albert Lee segue into their new version.

In a July 2014 NPR interview about The Breeze, Clapton discussed his own playing when drawing on Cale's unique style:

I wanted to... try to find a way to make it minimal, but still have a great deal of substance. That was the essence of JJ's music to me, apart from the fact that he summed up so many of the different essences of American music: rock and jazz and folk and blues. He just seemed to have an understanding of it all... I regard him as one of the roots of the tree of American folklore... Making this record was a way for me to say thank you for all the inspiration over the years. I suppose at some point I started to feel mildly outraged that he hadn't got the recognition that, at least I thought, he should have had.

Since its release, the tribute album has received immense media attention and worldwide commercial success, entering the charts at #1 in The Netherlands, #1 Denmark, #2 in the US, #2 in Germany, #2 in Canada, #3 in the UK and #4 in Belgium. Clapton also produced a behind-the-scenes documentary for the tribute, which had multiple TV airings on both VH1 Classic and Palladia, and features interviews with Clapton, John Mayer, Mark Knopfler, Derek Trucks, Don White and Christine Lakeland Cale.

John Weldon Cale was born on December 5, 1938 in Oklahoma City, Oklahoma. He grew up in Tulsa, Oklahoma and cited Chet Atkins, Les Paul and Chuck Berry as some of his earliest influences. He was often quoted as saying, "In trying to imitate them, I missed it. And I came up with my own kinda thing." His "own kinda thing," which played a pivotal role in establishing the laid-back groove known as the "Tulsa Sound," illuminated the idea for rock greats at the time that the high volume, acrobatic guitar playing that developed in the 1960s and 1970s might be gainfully cast aside for a more subdued, yet highly substantive sound. In his 2003 biography, Shakey, Neil Young stated about Cale's playing:

Most of the songs and the riffs - the way he plays the f...ing guitar is so... great. And he doesn't play very loud, either - I really like that about him. He's so sensitive. Of all the players I ever heard, it's gotta be Hendrix and JJ Cale who are the best electric guitar players... musically, he's actually more than my peer, because he's got that thing. I don't know what it is.

Cale began playing local Tulsa clubs in the 1950's surrounded by other natives like David Gates (Bread) and Leon Russell. After moving to Los Angeles in the mid-60's, he recorded his iconic song, "After Midnight", that would later be made famous by Eric Clapton. In 1970, Clapton's version of "After Midnight" reached #18 on the Billboard charts and became a catalyst for Cale's career. Cale stated about that crucial event, "I had already given up on the business part of the record business and had moved back to Tulsa and had gotten me a job playing with some friends of mine. When Eric cut that song it opened up a bunch of doors and I drove over to Nashville and that's when Naturally was done.  Naturally was Cale's debut album released in 1972, and it achieved commercial success with one single, "Crazy Mama", breaking into the Billboard Top 25 while the tracks "Call Me the Breeze", "Bringing It Back", "Crazy Mama" and "Clyde" were covered by Lynyrd Skynyrd, Kansas, The Band and Waylon Jennings, respectively. Since Naturally, Cale has recorded fifteen albums, including the Clapton collaboration, The Road to Escondido.

Cale's last solo record, Roll On (2009), saw him assuming the versatile jack of all trades role as he had on many previous projects - playing guitars, bass, drums, synthesizers, singing as well as producing and engineering the whole album. Rolling Stone described the music as "supremely chill, utterly ageless," and what makes Roll On so special is that it actually broke new ground. Parts of the album sound like classic Cale and could have come out thirty years ago, while other songs found him traveling in completely new directions. The banjo picking and earthy feel of "Strange Days", and a similar vibe on "Leaving In The Morning", sound like they could have come off the Naturally sessions, while the crunching guitar on "Where The Sun Don't Shine" is in the vein of "Cocaine", and the gypsy funk of "Fonda-Lina" could be the sophisticated cousin of "Travelin' Light" from 1976's Troubadour. At the same time, you can hear Cale jazz-scatting for the first time ever on disc opener "Who Knew" and later loping along behind a restrained jazz piano on "Former Me".

Even though Cale received great recognition from his contemporaries and, as time went on, other rising stars, his nature was to always avoid the spotlight. Over the years he declined many offers for awards and honors he clearly deserved. After his passing, though, the Oklahoma Music Hall of Fame reiterated their long-standing offer to induct Cale. Feeling that Cale's legacy certainly deserved recognition in the Hall, his family accepted the invitation this time for his induction into the Hall on November 1, 2014. (He was also inducted into the Oklahoma Jazz Hall of Fame on November 16, 2013.) While uncomfortable with public acclaim, he surely would have appreciated the respect and admiration he continues to receive after his passing from his peers, his long-time fans and a new generation still discovering his music.

JJ Cale was absolutely one of a kind in the music business. His impact was immeasurable but, as he intended, his personal life remained very much below the radar. Cale enjoyed being the person who focused on the crafts of writing, engineering and production rather than the pursuit of commercial success. While he has now passed on, we are fortunate that he left behind music that has and will continue to comfort us the rest of our lives. In the meantime, plenty of new music will surely be made by others that will reflect his broad influence for decades to come.