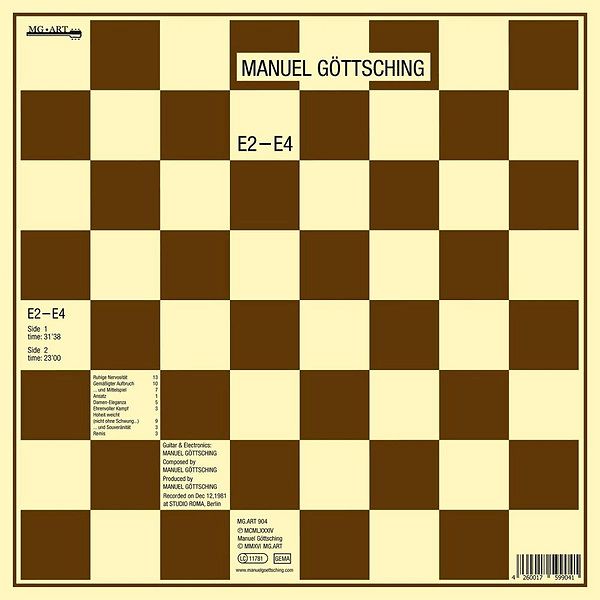 An improvised, one-track album that foresaw the coming of minimal techno as early as 1981!

E2-E4, released in 1984, is a solo recording by German musician and Ash Ra Tempel founder Manuel Göttsching. The album consists of one minimalistic, hour-long electronic track that Göttsching recorded in one take using a sequencer, with improvised keyboards, metallic percussion, and guitar playing.

Though inspired in part by New York's Latin club rhythms in addition to minimalists like Steve Reich, Göttsching was surprised when he learned that people danced to the track.

The song became a hit at New York's Paradise Garage dance club. Sueño Latino sampled E2-E4 on its 1989 song "Sueño Latino." The album also would be an early influence on ambient techno works by Carl Craig, the Black Dog, and The Orb. In 1994, Craig released a remix named "Remake" under his alias of Paperclip People.