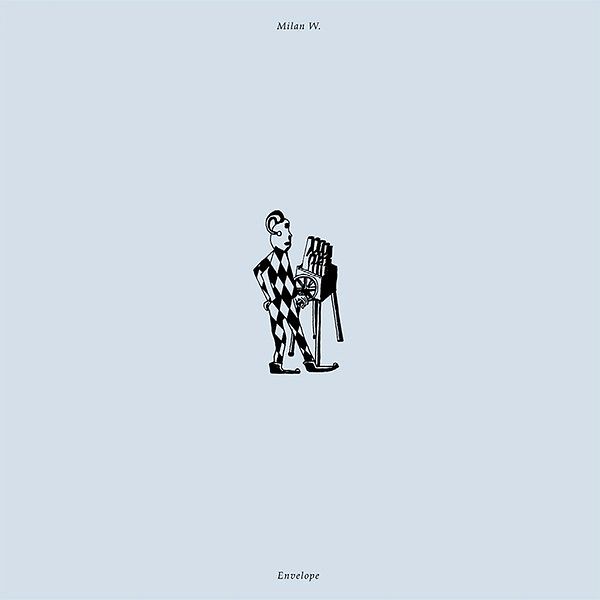 Presenting “Envelope”. Album written, produced & mixed by Milan W. and pressed on 180g vinyl, coming out on the 6th of June 2018. With foil-stamped cover-drawing by Gerard Herman. Mastered & cut by Helmut Erler at Dubplates & Mastering.

The harlequin turns the handle. The contraption sucks in air, and breathes. Blows out tone poems. Wordless ballads that soundtrack enchanted scenarios. Issues forth magic. A sorcerer`s apprentice casting its spell. Animating the inanimate. To everything a life. Sets the frozen fluttering / skipping. Pirouetting in red shoes. Illuminates what was dark. Astma sings a Gamelan lullaby. Summons comforting angels to a post-Industrial landscape.Glaasjes has Jazz ghosts inhabit an empty bar room. Spirits stealing excuse-me`s under its deserted spot.In Limbo amplifies their whispers. Lead soldiers court jewellery-box ballerinas behind shuttered shop fronts. OnHeraldic Snippets, a tin infantry marches. Ten thousand men up to the top, and back down again. Keys make-believing that they are massed brass and fife.

The bellows pump, and the pipes all the while wheezing. An automaton philharmonic at the bidding of a steam-punk master. Analogue and digital. Clockwork and glitch.Malady finds sounds isolated, extrapolated, mutated. Orchestral`s organ-grinder moves with urgency, and alchemy. Spinning straw into gold. Snare rolls become bubbling mercury. Metallic, yet fluid. Racing at the speed of flight and escape. Slope is the music of water chasing through crystal caves.Slow Runner, a funeral crawl. Shoved into motion by a drama of strings remembered.

Like the charismatic Rat-Catcher of Hamelin, the harlequin turns the handle, and we bang the cup. (Text by Robert Harris —banbantonton.com)