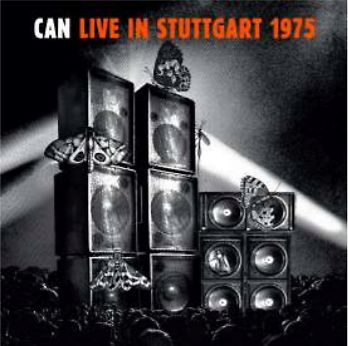 Founded in the late ‘60s and disbanded ten years later, Can’s unprecedented and bold marriage of hypnotic grooves and avant-garde instrumental textures has placed them at the pinnacle of Germany’s exports to the rest of the world.

So why, you ask, has there never been an official series of live Can albums before now? The fact is, gremlins always seemed to get into the machinery whenever the band tried to record their gigs. Thankfully, the curse of the Can live album has now, at last, been dismissed. The best of the band’s existing live recordings has been collected and Irmin Schmidt – the group’s last surviving founder member of the group – has overseen the clean-up of some of the best moments. Digital restoration technology is now so much more powerful than ever before, which means that new dynamics can be sculpted from previously lo-fi cassettes or degraded reel to reels. The best possible audio quality has been squeezed from fuzzy audience recordings or distorted radio tapes.

Since Can stopped touring in 1977, this is the closest that fans will ever be able to come to hearing the legendary band in concert, spontaneous, unedited and unconstrained by a 20 minutes-per-side time limit. During the 1970s a typical Can concert could last three hours with one interval, though they were known to play even longer. If you are familiar with Can’s music from their albums alone, prepare to be amazed. This was not a band that liked to appease the crowd with a greatest hits selection.

These recordings reveal a totally different perspective on the group and their music. You may hear familiar themes, riffs and motifs popping up and rippling through these jams, but they are often fleetingly recognised faces in a swirling crowd. Other times you’ll hear music that never made it at all onto the official album canon. It goes to even more extreme ranges than their studio work: from mellow, ambient drift-rock to the white-dwarf sonic-meltdown moments they used to nickname ‘Godzillas’. And even as they adapt and chase the rhythm from minute to minute, you can hear the extraordinary musical telepathy its members shared.

If you think you knew Can, even after all the albums and through recently discovered material such as the legendary ‘Lost Tapes’, you’ll still find masses here to surprise you. This music is never the same river twice.