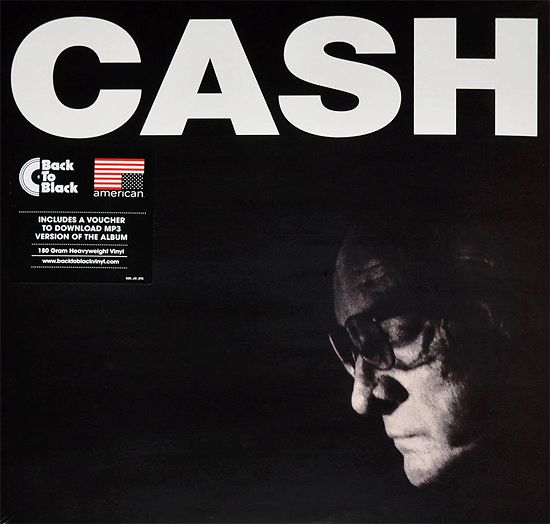 American IV: The Man Comes Around is the 87th studio album by American music artist Johnny Cash. Released in 2002, it is the fourth in Cash's "American" series of albums. The majority of songs are covers which Cash performs in his own sparse style, with help from producer Rick Rubin. For instance, for the song "Personal Jesus", Rubin asked then-Red Hot Chili Peppers guitarist John Frusciante to re-work an acoustic version of Martin Gore's song, which featured a simple acoustic riff that stripped down the song to a blues style. He receives backing vocal assistance from various artists, including Fiona Apple, Nick Cave, and Don Henley.

American IV was the final album Johnny Cash released during his lifetime; though the Unearthed box set was compiled prior to his death (with Cash choosing the tracks – including an early version of "The Man Comes Around" – and writing liner notes), it was not released until two months after he died. It was also his first non-compilation album to go gold (selling over 500,000 copies) in thirty years. Additionally, the album won "Album of the Year" award at the 2003 CMA Awards. It was certified gold on March 24, 2003 and platinum on November 21, 2003 by the R.I.A.A.

The video for "Hurt", a song written by Trent Reznor of Nine Inch Nails and originally released in 1994, was nominated in seven categories at the 2003 MTV Video Music Awards and won the award for Best Cinematography. In 2003, mere days before his 71st birthday, Cash won a Grammy for "Give My Love To Rose", a song Cash had originally recorded in the late 1950s. Cash was also nominated that year for Best Country Collaboration with Vocals for his "Bridge over Troubled Water" cover with Fiona Apple. The music video for "Hurt" also won the award for Best Short Form Video in 2004.

Nine Inch Nails frontman Trent Reznor admitted that he was initially "flattered" but worried that "the idea of Cash covering 'Hurt' sounded a bit gimmicky," but when he heard the song and saw the video for the first time, Reznor said he was deeply moved and found Cash's cover beautiful and meaningful, going as far as to say "that song isn't mine anymore."