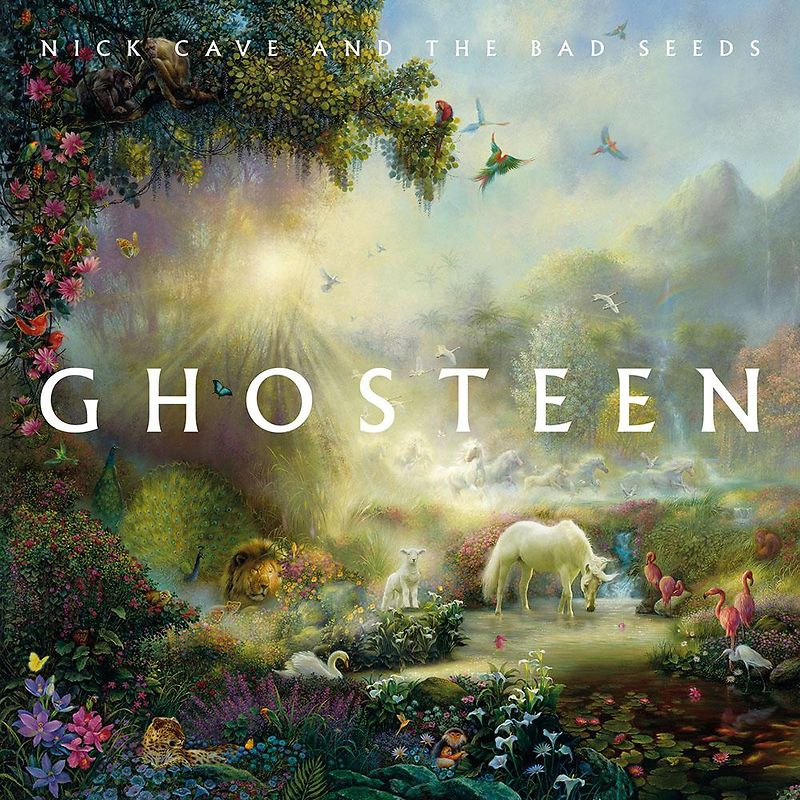 Nick Cave's double "migrating spirit" album GHOSTEEN! Future mania-classic?
€ 29,95
PICK-UP AT SHOP / FREE SHIPPING FOR ORDERS WITHIN BELGIUM AND EXCEEDING € 50 (FYI: we notice delays at Bpost which are out of our hands, if you want to be a 100% sure about delivery date, best choose pick-up) / Shipping costs are dependent on various factors and are calculated in your shopping cart. Add this item to your cart to see the shipping cost. Or pick up your order at our store in Ghent.

Nick Cave and the Bad Seeds have announced the release of a new album "Ghosteen" .

A1. Spinning Song
A2. Bright Horses
A3. Waiting for You
A4. Night Raid
B1. Sun Forest
B2. Galleon Ship
B3. Ghosteen Speaks
B4. Leviathan