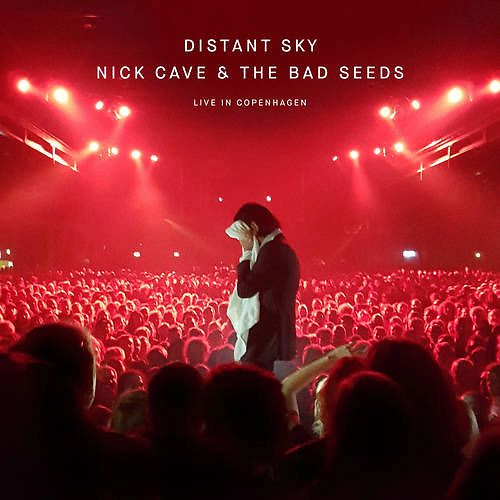 Nick Cave & The Bad Seeds are issuing a Distant Sky: Live in Copenhagen, a special 12-inch vinyl EP featuring audio from their Copenhagen Royal Arena show from last year.
The show was filmed in October 2017 and shown as a ‘one-night-only’ event in cinemas around the world in April 2018.

The 12-inch vinyl features four songs, and includes a performance of Distant Sky (from 2016’s Skeleton Tree) where the band were joined by Danish soprano Else Torp.

This vinyl record comes in a satin-finished sleeve and a printed inner. It will be released on 28 September 2018.