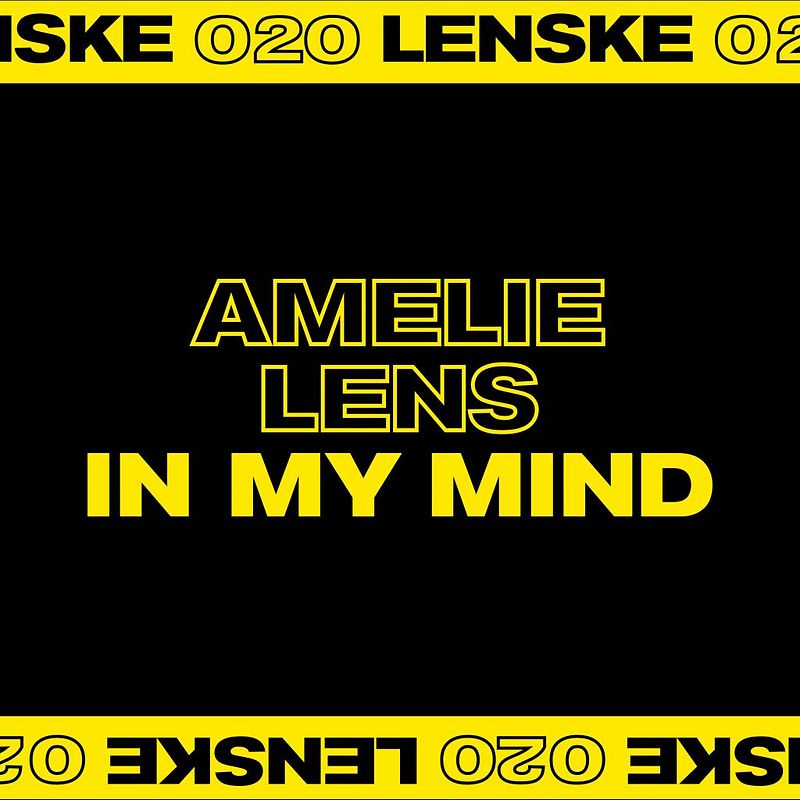 Three explosive techno tracks on her own Lenske imprint!
€ 14,95

PRE-ORDER ITEM: This item will only be shipped to you on or after 3 February 2023. Please note any orders containing pre-order items won't be shipped until all items are available, so please order this separately to avoid delays. Release dates are at the mercy of labels, distributor, and pressing plants and will change constantly.
PICK-UP AT SHOP / FREE SHIPPING FOR ORDERS WITHIN BELGIUM AND EXCEEDING € 100 (FYI: we notice delays at Bpost which are out of our hands, if you want to be a 100% sure about delivery date, best choose pick-up) / Shipping costs are dependent on various factors and are calculated in your shopping cart. Add this item to your cart to see the shipping cost. Or pick up your order at our store in Ghent.

Belgium's Lenske Records presents its next EP from label head Amelie Lens. The release marks a considerable high point of Lens' career, hot on the heels of the launch of her radio show and dropping just before her debut Ibiza residency with sister label EXHALE. 'In My Mind' will mark Amelie's first solo release on the label since 2020 and follows her collaboration with Airod on 'Raver's Heart' EP late last year. The EP also was inspired by electrifying visuals that Amelie takes on the road and showcases at selected gigs.

Title track 'In My Mind' opens proceedings with blasts, bangs and heavy reverbs whilst Amelie's voice swirls above. The build-up gives way to furious claps, and spiking synths that continue to dance around the vocal sample in a ruthless march. The beat is unrelenting with a venomous, pulsing bassline that creates this raw and atmospheric techno cut, while bubbling keys maintain vitality and lightness with their careful arrangement.

Multiple elements come into play for subsequent track 'First Light'. A stripped back kick synchronizes with distorted pads for the opening, soon accompanied by a heavier kick-drum counterpart and lick of acid to inject some sharpness. The true DNA of the track is the programmed claps and dark pads that rise and fall menacingly throughout, as splashes of effects are thrown into the mix.

Final track on the record 'Trippin'' undoubtedly packs a punch. Blasting off with a dominant kick and oscillating spring reverb that swipes through Amelie's wistful vocals, the harder elements gradually succumb to the softness of her voice. The listener's focus is momentarily shifted during an early breakdown before the kick returns with more vigor accompanied by hurried hi-hats and distortion that sends you into a frenzy.