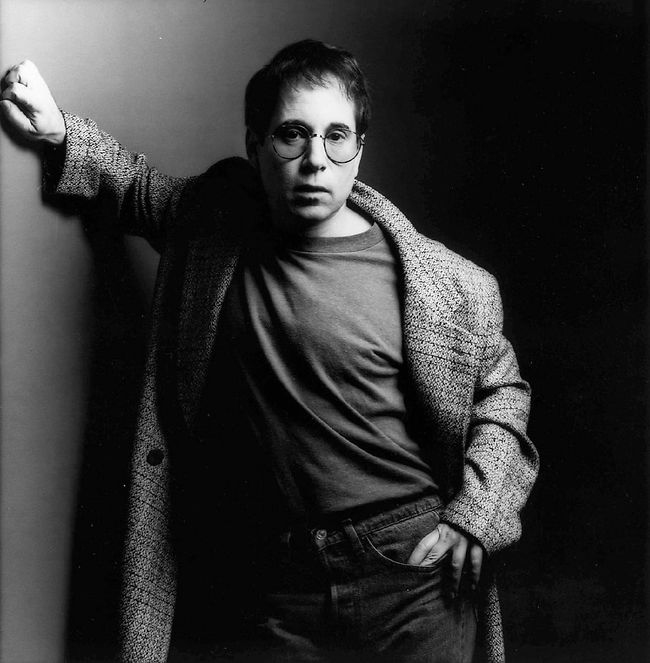 Paul Frederic Simon (born October 13, 1941) is an American musician, singer, songwriter and actor whose career has spanned six decades. He is one of the most acclaimed songwriters in popular music.

Simon was born in Newark, New Jersey, and grew up in the borough of Queens in New York City. He began performing with his schoolfriend Art Garfunkel in 1956 when they were still in their early teens. After limited success, the pair reunited after an electrified version of their song "The Sound of Silence" became a hit in 1966. Simon & Garfunkel recorded five albums together featuring songs mostly written by Simon, including the hits "Mrs. Robinson", "America", "Bridge over Troubled Water" and "The Boxer".

After Simon & Garfunkel split in 1970, Simon recorded three acclaimed albums over the following five years, all of which charted in the Top 5 on the Billboard 200. His 1972 self-titled album contained the hit songs "Mother and Child Reunion" and "Me and Julio Down by the Schoolyard". The 1975 album Still Crazy After All These Years, which featured guest vocals from Garfunkel, was his first number one solo album. It featured the number 1 hit single "50 Ways to Leave Your Lover", among other Top 40 songs such as "Still Crazy After All These Years", "Gone at Last" and "My Little Town".

Simon reunited with Garfunkel for a performance in New York Central Park in 1981, drawing half a million spectators, followed by a world tour with Garfunkel. After a career slump, Simon released Graceland in 1986, an album inspired by South African township music. It sold 14 million copies worldwide, and remains his most popular and acclaimed solo work. A number of hit singles were released from the album, including "You Can Call Me Al", "The Boy in the Bubble" and "Diamonds on the Soles of Her Shoes". It won the Grammy Award for Album of the Year in 1987.

Simon has earned sixteen Grammy Awards for his solo and collaborative work, including three for Album of the Year (Bridge Over Troubled Water, Still Crazy After All These Years and Graceland), and a Lifetime Achievement Award. He is a two-time inductee into the Rock and Roll Hall of Fame: first in 1990 as a member of Simon & Garfunkel, and again in 2001 for his solo career.