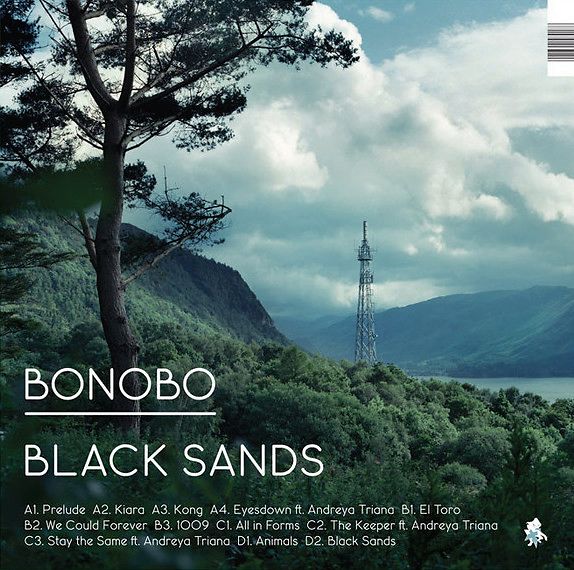 Simon Green (born 30 March 1976), known by his stage name Bonobo, is a British musician, producer and DJ based in Los Angeles. He initially debuted with a trip-hop aesthetic, and has since explored more upbeat approaches while experimenting with jazz and world music. His electronic sound incorporates the use of organic instrumentation, which would be recreated by a full band during his live performances.

Green's work has given him a cult following, and has been featured in advertisements, interludes and soundtracks. He collaborated with various artists, including Bajka, Andreya Triana, Erykah Badu, and Rhye; and has also recorded and performed under the name Mr Blue and with Robert Luis from Tru Thoughts as Nirobi and Barakas.

Contains download code for the MP3 version of this release. Printed innersleeves with graphics and credits. 180gram vinyl pressing.