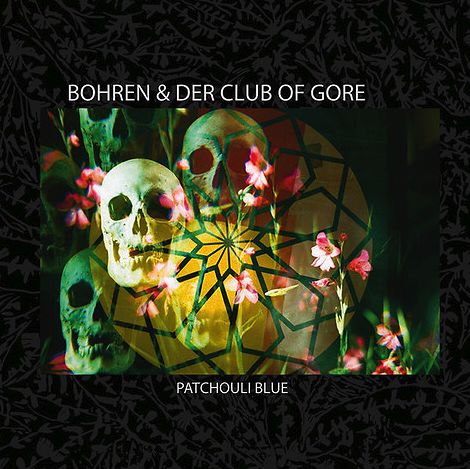 Finally! The group’s first new album in six years. Instrumental, slow, uneventful.
€ 25,95
Shipping costs are dependent on various factors and are calculated in your shopping cart. Add this item to your cart to see the shipping cost. Or pick up your order at our store in Ghent.

Slow and steady wins the race...

Founded in 1988 in Mulheim an der Ruhr, and since 2016 - after drummer Thorsten Benning left the band - optimized to a trio line-up, Bohren & der Club of Gore released 7 studio albums, 1 compilation and 1 EP. In addition, they played numerous concerts around the world and won a large and loyal fan base with their precise deceleration, combined with minimal lumen units. They always remained true to their sound. They have been creating a unique work for 20 years based upon bass, saxophone, piano, Fender Rhodes, Vibraphone and jazz broom drums - always instrumental, always slow, always uneventful. There is no singing.

So now "Patchouli Blue". Instrumental, slow, low-event. On January 10, the group will release Patchouli Blue via Ipecac. It’s the group’s first new album in six years, and their ninth overall, and the first single from the album is “Sollen Es Doch Alle Wissen”. Hear it below.