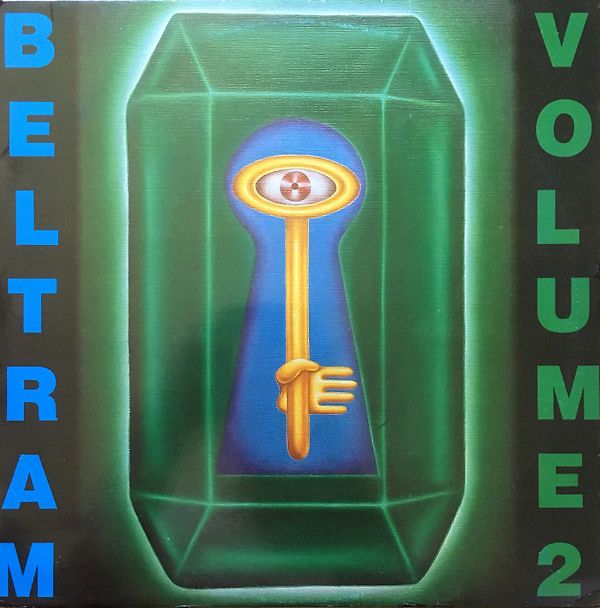 PRE-ORDER ITEM: This item will only be shipped to you on or after 9 December 2022. Please note any orders containing pre-order items won't be shipped until all items are available, so please order this separately to avoid delays. Release dates are at the mercy of labels, distributor, and pressing plants and will change constantly.
1 per customer
PICK-UP AT SHOP / FREE SHIPPING FOR ORDERS WITHIN BELGIUM AND EXCEEDING € 100 (FYI: we notice delays at Bpost which are out of our hands, if you want to be a 100% sure about delivery date, best choose pick-up) / Shipping costs are dependent on various factors and are calculated in your shopping cart. Add this item to your cart to see the shipping cost. Or pick up your order at our store in Ghent.

There are techno classics, and there are techno classics! It’s without doubt that Joey Beltram has played a pivotal role in the growth of the techno sound that gestated in Detroit and was lapped up in Europe during those early years. Beltram spearheaded a darker sound that became a staple in the UK and European rave scene in the early 90s, and a sound that continues to come back around for revival and a new twist on the genre from the producers and DJs of the day.

‘Beltram Volume 2’ was first released on R&S Records in 1991, and despite the huge success of the ‘Energy Flash’ single, released a year prior, ‘Volume 2’, some say, is ‘Beltram’s definitive release on R&S’. Deep, dark and deliciously hypnotic, all four cuts on this EP still sound as raw and devastating 30 years later. Big tunes at seminal clubs like Rage (Fabio & Grooverider) and the network of UK raves soundtracked by the likes of Carl Cox, Colin Faver, Eddie Richards et al, Beltram’s unique sound help spawn the bass heavy drum & bass genre that was also burgeoning at the time.