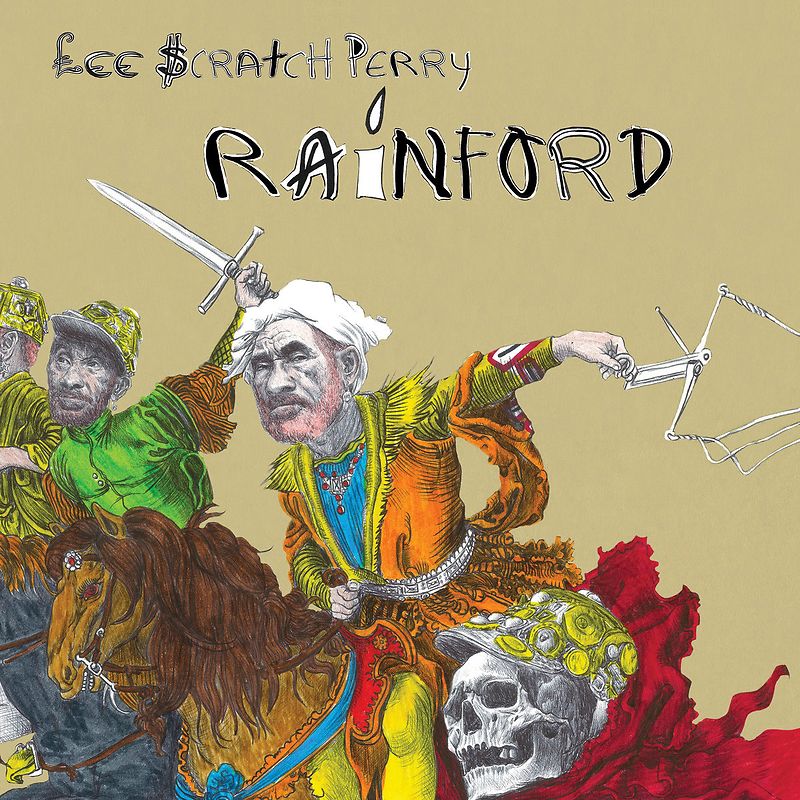 The mighty upsetter returns with 9 brand new tracks recorded with longtime friend and collaborator Adrian Sherwood at the controls.

“It's the most intimate album Lee has ever made, but at the same time the musical ideas are very fresh. I'm extremely proud of what we've come up as a piece of work". - A.M.S

This new set is the culmination of over two years work and recording sessions that span Jamaica, Brazil and the UK. Determined to craft a work of lasting power, Sherwood likens to the album to the work that Rick Rubin did with Johnny Cash on the American Recordings series, a deeply personal work (the album title refers to Lee’s birth name) and arguably the strongest batch of original material that Perry has released for many years.

From the atmospheric field recording and wah-wah guitar of album opener “Cricket On The Moon”, to the gothic cello embellishment on “Let It Rain”, the chopped-and-compressed horn section of “Makumba Rock”, to the layered, carefully arranged backing vocals like a heavenly chorus throughout the record, this is an album with true love, care and attention poured into it’s every groove. It culminates in the truly extraordinary “Autobiography Of The Upsetter”, in which Scratch narrates the story of his life from growing up on a plantation in 1930s colonial Jamaica to becoming a worldwide musical superstar.

The story of Lee Perry and Adrian Sherwood collaborating stretches back to the mid-1980s, and a fortuitous meeting brokered by underground broadcasting legend Steve Barker between the dub innovator and UK upstart. This led to the creation of On-U classics such as Time Boom X De Devil Dead and The Mighty Upsetter, as well as Lee gracing Dub Syndicate records with some vital vocal injections.