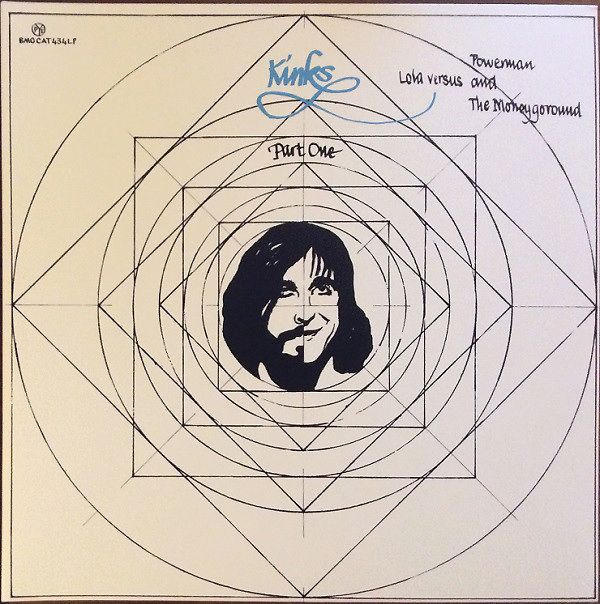 Packaged in a gatefold sleeve Sticker: 50th anniversary re-issue of the classic 1970 LP Produced in association with The Kinks Re-mastered from the original master tapes Heavyweight black vinyl Replicated original gatefold LP sleeve Booklet with notes, new band quotes, rare photos & memorabilia features the hit singles 'Lola' & 'Apeman' Sticker: Made in the Czech Republic Remastered ℗ & © 2020 Sanctuary Records Group Ltd., A BMG Company. North America: By special arrangement with ABKCO Music & Records, Inc. Manufactured in the E.U. BMG UK, 8th Floor, 5 Merchant Square, Paddington, London, W2 1AS. Published by Carlin Music Corp except Side 2 track 4 by Sony/ATV Music Publishing (UK) Ltd. All tracks remastered ℗ 2020 Sanctuary Records Group Ltd., a BMG Company. First released as Lola Versus Powerman And The Moneygoround Part One, 27 November 1970 by Pye Records as NSPL 18359 (stereo only) in the UK and 25 November 1970 by Reprise Records as RS 6423 (stereo only) in the US. Recorded in Morgan Studio 1, Willesden, London, April-May and August-September 1970. Tracks A1-A4, A5, A7, B2, B3, B6 were recorded on 8-track. Tracks A5, B1, B4, B5 were recorded on 16-track. Analog mastering for vinyl: [...] at Cohearent Audio, CA Mastering supervised, and audio restored (at Beatland Tours, Atwater Village, CA) [...]

More by The Kinks