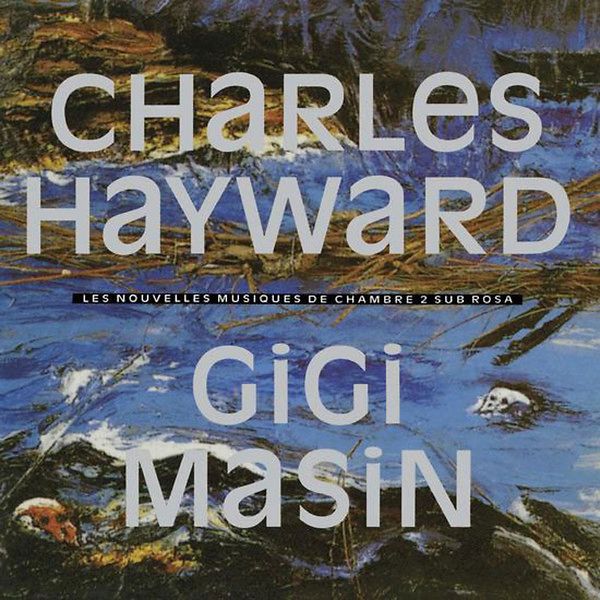 Modern Classics Recordings holds the lens up to a special split album created by one of the driving forces behind the groups This Heat and Camberwell Now – drummer Charles Hayward – in collaboration with Italian musician Gigi Masin, whose looping, rhythmic, electronic compositions have seen his cult following grow in his four decades as a recording artist. Originally released on Belgium’s Sub Rosa label in 1989, “Les Nouvelles Musiques De Chambre Volume 2” is a split LP on which Masin’s eight tracks occupy side A and Charles Hayward’s long-form piece (at 21 minutes long), "Thames Water Authority”, occupies side B. Geography may have separated the two artists, who each recorded their pieces in isolation from the other, but there’s a commonality to their approach. Previously, Masin had released the inspired 1986 album “Wind”, while Hayward’s music had long been influenced by the landscape and society of London and the UK. For this album, the label challenged the two musicians to write about the waterways of their respective cities, Venice and London. For Masin, that meant describing the human interactions related to the Italian city’s famous landmarks. For Hayward, it meant describing the physicality of water, the “densities and energies” as he puts it, and the politics of it too. This release marks the first ever vinyl reissue since the original release in 1989. All audio material got restored and remastered. The LP is housed in a deluxe Stoughton “tip-on” jacket with track notes by Gigi Masin and Charles Hayward. This LP also features the Masin track “Clouds” as sampled by To Rococo Rot and Björk.