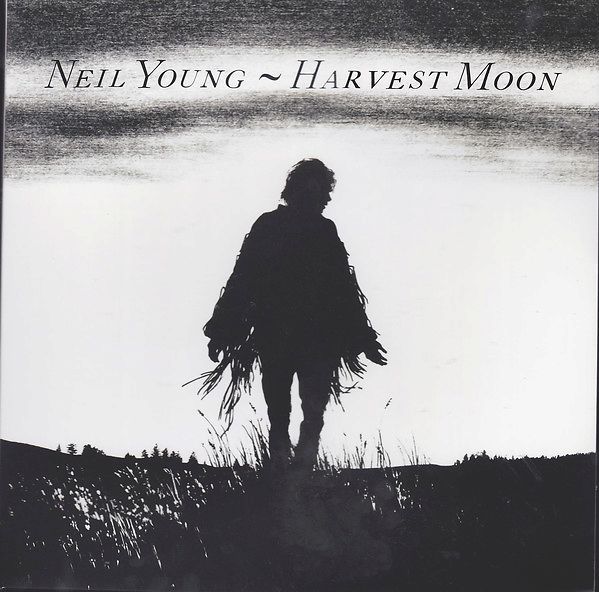 Harvest Moon is the 19th studio album by Canadian musician Neil Young, released on November 2, 1992. Many of the musicians appearing on it also appeared on his 1972 album Harvest.

Recovering from a case of tinnitus that had come about after the recording of Ragged Glory (1990) and its subsequent tour (which produced the 1991 albums Weld and Arc), Young returned to the studio with Ben Keith, picking up the acoustic guitar, piano and banjo that had dominated albums such as Harvest, Comes a Time and Old Ways. 1970s-era analogue equipment was used instead of digital recording to achieve a "warmer" feel.

Music website Classic Rock Review named Harvest Moon its album of the year for 1992. It earned the 1994 Juno Award for album of the year. Matthew Greenwald of AllMusic described the melody of the title track as "positively gorgeous". The album continued Young's commercial and critical resurgence following Freedom and Ragged Glory, eventually outselling both of those records. The song "Harvest Moon" topped the AARP's list of "16 Songs Everyone Over 50 Should Own."