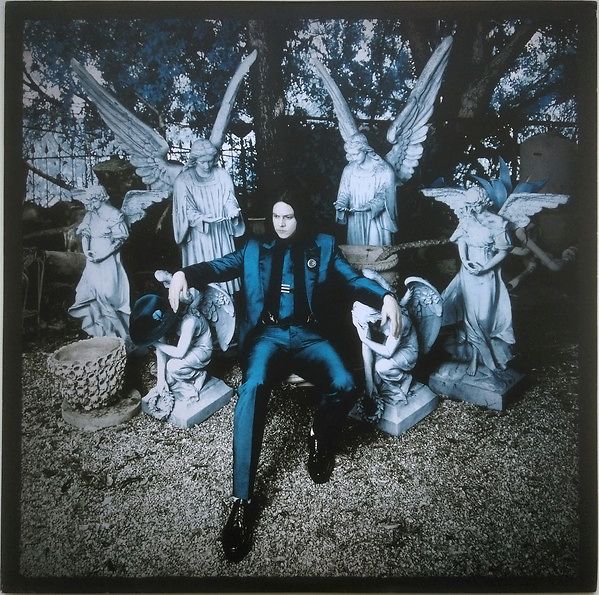 · Tracks A6 and B7 are locked grooves featuring elements from their respective previous tracks. "High Ball Stepper" doesn't end with a faded-out distortion as in the digital versions, it is locked instead.

· Tracks A7 and B8 are hidden tracks pressed on their sides' labels, and play at 78 RPM and 45 RPM respectively, thus making the LP a three speed record.

· Side A's groove is inverted and plays from the inside out.

· "Just One Drink" consists of two different intros, each in its own groove, with both connecting at the body of the song. BA1 is acoustic, BB1 is electric.

· Side B has a matte finish, giving the appearance of an un-played 78 RPM record.

· Vinyl is pressed in flat-edged format.

· Dead wax area on Side A contains a hand-etched hologram by Tristan Duke of Infinity Light Science, the first of its kind on a vinyl record.

· Tracks B3 and B4 are swapped in comparison to the digital editions, and B2 features a slightly longer intro.

· The vinyl was mastered entirely from analog sources with no additional compression used. Tracks A1 to A5 and BA1/BB1 to B6 are listed continuously from 1 to 11 and play at 33 ⅓ RPM. Track A7 is an uncredited reworking of 'Pusherman', originally by Curtis Mayfield.

Jacket features Soft Touch aqueous coating. Record comes in die-cut black paper poly sleeve. Also included are an insert with lyrics and credits, and a card for the album in MP3 format, which also shows info about the hologram.