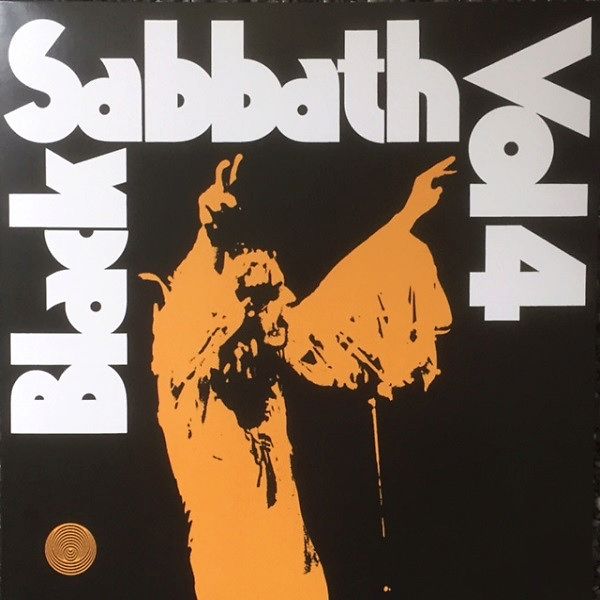 Vol. 4 saw Black Sabbath beginning to experiment with the heavy sound they had become known for.
€ 27,95

Vol. 4 is the fourth studio album by English rock band Black Sabbath, released in September 1972. It was the first album by Black Sabbath not produced by Rodger Bain; guitarist Tony Iommi assumed production duties. Patrick Meehan, the band's then-manager, was listed as co-producer, though his actual involvement in the album's production was minimal.

"It's the first album we've produced ourselves," said vocalist Ozzy Osbourne in 1972. "Previously we had Rodger Bain as a producer – and, although he's very good, he didn't really feel what the band was doing. It was a matter of communication. This time, we did it with Patrick (Meehan), our manager, and I think we're all very happy… It was great to work in an American studio."

Despite their spiraling addictions, musically Vol. 4 is another ambitious outing. The band's heavy side remains intact on the likes of 'Tomorrow's Dream', 'Cornucopia' and the seismic 'Supernaut' (a firm favorite of Frank Zappa, featuring Bill Ward's soul-inspired breakdown), but the guitar intro on 'St. Vitus Dance' possesses a jaunty, Led Zeppelin-flavoured quality, while 'Laguna Sunrise' is an evocative neo-classical Iommi instrumental." After being up all night and watching the sunrise at Laguna Beach, Iommi composed the song. In the studio, an orchestra accompanied Iommi's guitar, although they refused to perform until their parts were properly written out.

The same orchestra performed on "Snowblind", the band's most obvious reference to cocaine, their drug of choice during this period. And although most of the album is in the band's trademark heavy style, some songs demonstrate a more sensitive approach. "Changes", for example, written by Iommi with lyrics by Butler, is a piano ballad with mellotron.

"FX" came about unexpectedly in the studio. After smoking hashish, the crucifix hanging from Iommi's neck accidentally struck the strings of his guitar and the band took an interest in the odd sound produced. An echo effect was added and the band proceeded to hit the guitar with various objects to generate odd sound effects. Iommi calls the song "a total joke".

Of "Wheels of Confusion", Henry Rollins said: "It's about alienation and being lost in the wheels of confusion, which is the way I find myself a lot of the time. Sabbath could be my favourite band. It's the ultimate lonely man's rock. There's something about their music that's so painful and yet so powerful."