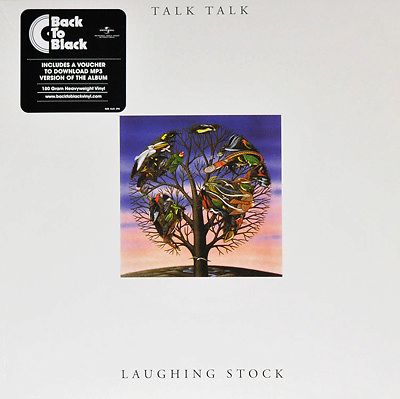 Laughing Stock is the fifth and final studio album by British post-rock band Talk Talk, released in 1991. Following on from their previous release Spirit of Eden (1988), and the departure of bassist Paul Webb, which reduced the band to the duo of Mark Hollis and Lee Harris, Talk Talk acrimoniously left EMI and signed to the jazz-based Verve Records, and recorded Laughing Stock at Wessex Sound Studios, London, with producer Tim Friese-Greene and engineer Phill Brown from September 1990 to April 1991.

Like its predecessor, Spirit of Eden, the album featured improvised instrumentation from a large ensemble of musicians. The demanding sessions were marked by Mark Hollis' perfectionist tendencies and desire to create a suitable recording atmosphere. Engineer Phill Brown stated that the album, like its predecessor, was "recorded by chance, accident, and hours of trying every possible overdub idea." The band split up following its release, effectively making Laughing Stock their last official release.

The album received praise from most critics. Pitchfork named it the eleventh best album of the 1990s, saying it "makes its own environment and becomes more than the sum of its sounds."