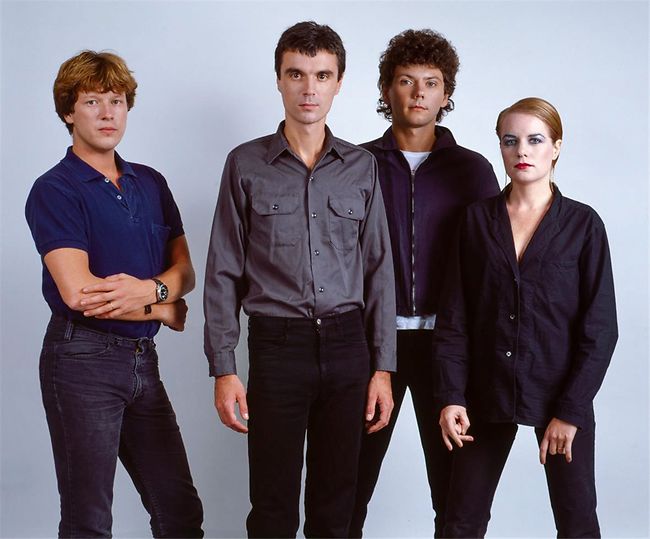 The Talking Heads were an American rock band formed in 1975 in New York City. The band was composed of David Byrne (lead vocals, guitar), Chris Frantz (drums), Tina Weymouth (bass), and Jerry Harrison (keyboards, guitar). Described as "one of the most critically acclaimed bands of the '80s", the band helped to pioneer new wave music by integrating elements of punk, art rock, funk, and world music with avant-garde sensibilities and an anxious, clean-cut image. the name 'Talking Heads' came from an issue of TV Guide, which "explained the term used by TV studios to describe a head-and-shoulder shot of a person talking as 'all content, no action'. The talking heads gained some attention after the release of their first album ''Talking Heads 77' which featured their hit single 'Psycho Killer'. They collaborated with legendary producer Brian Eno on their most acclaimed albums soon after, combining their artistic take with Eno's expiremental fusion of different genres