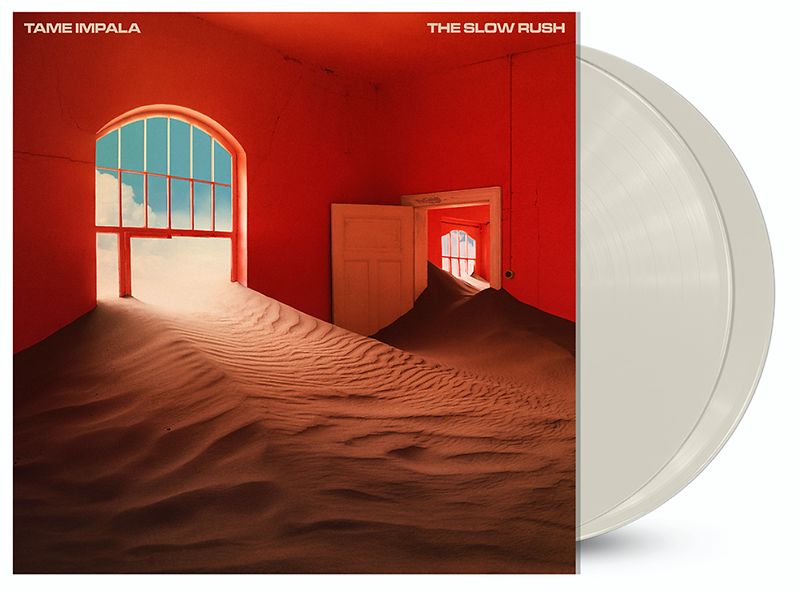 The Slow Rush, Kevin Parker’s fourth album as Tame Impala was released in February 2020 to wide-spread acclaim. Parker scored his second #1 in Australia and highest charting album to date in both the US and UK, and 14 top 10 chart positions around the world.

Re-pressed for the first time since its initial release, the new limited edition colour version of The Slow Rush comes on 180 gram creamy white vinyl.

Featuring 'Lost In Yesterday', 'Borderline', 'It Might Be Time', ‘Breathe Deeper’ & ‘Is It true’, 'The Slow Rush' is Parker's deep dive into the oceans of time, conjuring the feeling of a lifetime in a lightning bolt, of major milestones whizzing by while you're looking at your phone, it's a paean to creation and destruction and the unending cycle of life.