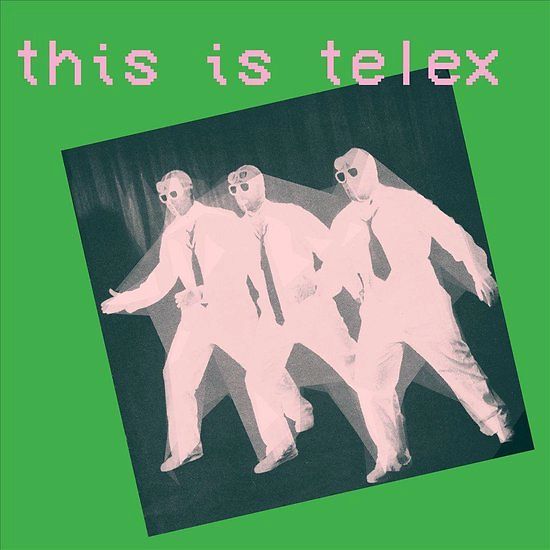 This Is Telex is a brand new compilation collecting 14 tracks from the innovative Belgium trio, covering their career from formation in 1978 up to the final album in 2006. This compilation includes the hit single Moskow Diskow as well as their Eurovision Song Contest entry, aptly called Euro- vision.

There are also 2 wonderful and previously unreleased tracks unearthed from the Telex archive, a cover of The Beatles’ Dear Prudence and a reinterpretation of a Sonny & Cher track called The Beat Goes On/Off. All the tracks were newly mixed and remastered from the original tapes by band members Dan Lacksman and Michel Moers, keeping all the tracks in the spirit of the originals but adding a freshness to them. This compilation sets the way for a comprehensive reissue campaign of the entire Telex catalogue.

Telex are Marc Moulin (1942- 2008), Dan Lacksman and Michel Moers. The band formed in 1978 in Brussels, just one of a handful of synthpop pioneers at a time when electronic pop was regarded as novelty, with suspicion, as a harbinger for future dystopia and alienation. Telex were concerned about the consequences of new technology for human communication, their name taken, ironically, from a now obsolete piece of communications technology, adding a retro-futurist air to their legend. And it was on their cover versions that they deliberately played up the disparity between the ice-cool electronic approach and the sweaty, fleshy, frenetic passion of pop. Their cover versions - from the Yé-yé of Les Chats Sauvages’ ‘Twist à Saint Tropez’ to the psychedelic soul of ‘Dance to the Music’ (Sly and the Family Stone) from the rock n roll of Bill Haley’s ‘Rock Around the Clock’ and ‘La Bamba’ to the disco of Sparks’ ‘The Number One Song in Heaven’ and beyond - see Telex embrace a wide history of musical genre. The band famously entered the Eurovision Song Contest, representing Belgium with ‘Euro-vision’. Moers says he regarded their entry as “very Situationist International, the worm in the apple.” and they resolved either to come first or last. They didn’t achieve that goal, but became part of the Eurovision saga. Moers saw Johnny Logan (who went on to win the contest twice for Ireland) and told him, “you’re going to win”, Logan replied “Yeah. But if I win it’s good for me. If you win, it’s good for music.”