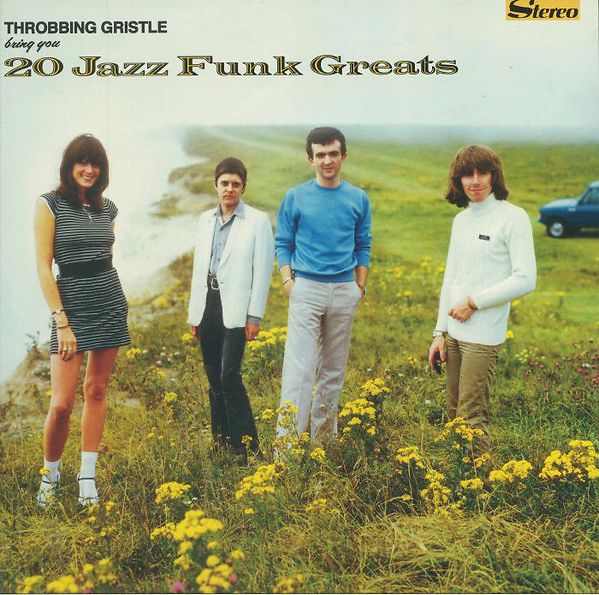 20 Jazz Funk Greats is the third studio album by British industrial music group Throbbing Gristle, released in December 1979 by the band's label Industrial Records. It has been hailed as the band's best work, with UK magazine Fact naming it the best album of the 1970s.

Pitchfork ranked 20 Jazz Funk Greats at number 91 in its list of the 100 greatest albums of the 1970s. UK magazine Fact named it the best album of the 1970s, writing that "This album is a rupture. It’s an open crack into the unpronounceable dimensions into which tumble important streams of 20th century pop, art and underground culture, to seethe around each other, mingling, festering, sprouting new and unpredictable forms which in turn would ooze out to infest vast sections of what comes after."

Comes with 8 page 12" booklet and digital copy with additional audio.