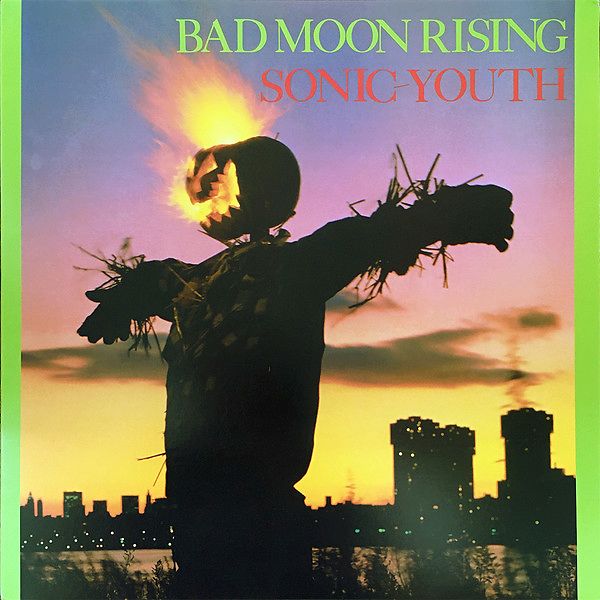 Bad Moon Rising is the second studio album by Sonic Youth, originally released in March 29, 1985 by Blast First and Homestead Records. The album is loosely themed around the dark side of America, including references to obsession, insanity, Charles Manson, heavy metal, Satanism, and early European settlers' encounters with Native Americans.

An album quite unlike any other in the colorful Sonic Youth canon, Bad Moon Rising captures the New York band in 1985 during its most morose phase, one that is quite forbidding yet fascinating all the same.

Released to strong reviews from the underground music press, Bad Moon Rising was the band's first album to combine experimental material with transitional pieces and segues. The album was preceded by the single "Death Valley '69".