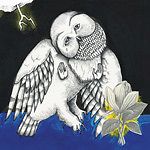 The Magnolia Electric Co. is the seventh regular and final album by Songs: Ohia. It was recorded by Steve Albini at Electrical Audio in Chicago and released by Secretly Canadian on March 4, 2003. It received critical acclaim according to Metacritic (with a composite rating of 85, ranking 24th among best albums of 2003). Delusions of Adequacy called it "a watershed album, an artistic breakthrough, and the first album to fully realize Molina's potential." Allmusic was more reticent in its wording, claiming that "Magnolia Electric Co. may not be the best Songs: Ohia album, but it is certainly the most approachable. It has a big, open feel certain to appeal to any classic rock fan, but retains the warm intimacy of previous albums."

Magnolia digs into alt-country and "red-blood, full-throated" country rock, as well as seeing the band draw from both “orthodox” Americana and “otherworldly atmosphere”. It also works in roots rock, while the arrangements and songwriting echo 70s outlaw country.