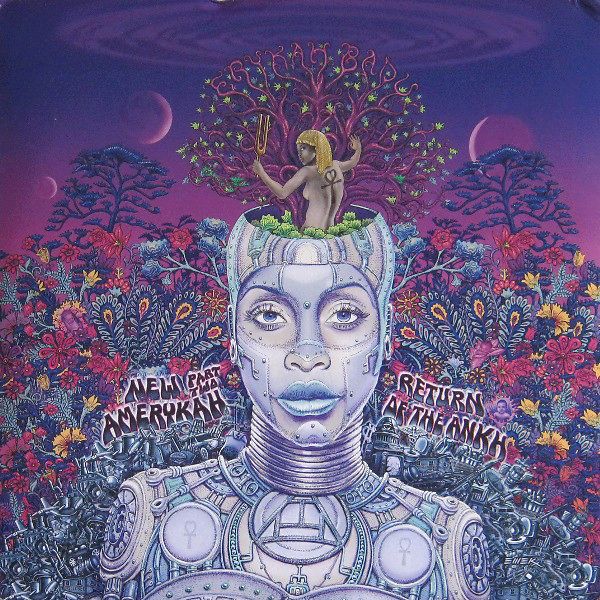 PRE-ORDER ITEM: This item will only be shipped to you on or after 31 December 2022. Please note any orders containing pre-order items won't be shipped until all items are available, so please order this separately to avoid delays. Release dates are at the mercy of labels, distributor, and pressing plants and will change constantly.
1 per customer
PICK-UP AT SHOP / FREE SHIPPING FOR ORDERS WITHIN BELGIUM AND EXCEEDING € 100 (FYI: we notice delays at Bpost which are out of our hands, if you want to be a 100% sure about delivery date, best choose pick-up) / Shipping costs are dependent on various factors and are calculated in your shopping cart. Add this item to your cart to see the shipping cost. Or pick up your order at our store in Ghent.

New Amerykah Part Two (Return of the Ankh) is the fifth studio album by American recording artist Erykah Badu, first released on March 30, 2010, through Universal Motown. Collaborating with several hip hop producers over the Internet, Badu conceived 75 songs set to be split over three albums with New Amerykah Part One (4th World War) (2008) being the first. The album was recorded primarily at Electric Lady Studios in New York City.