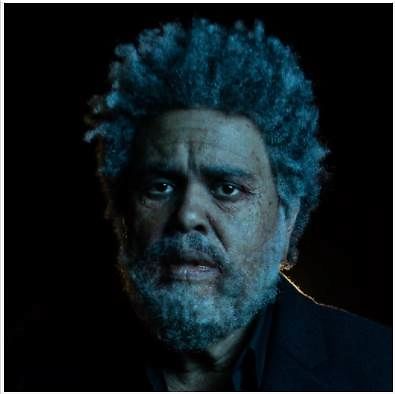 80's inspired electronic pop music by the uncrowned king of retro-futurism...
€ 36,95
1 per customer
PICK-UP AT SHOP / FREE SHIPPING FOR ORDERS WITHIN BELGIUM AND EXCEEDING € 100 (FYI: we notice delays at Bpost which are out of our hands, if you want to be a 100% sure about delivery date, best choose pick-up) / Shipping costs are dependent on various factors and are calculated in your shopping cart. Add this item to your cart to see the shipping cost. Or pick up your order at our store in Ghent.

Conceptualized around listening to a retro-pop radio station in purgatory, Abel Tesfaye’s fifth album is the most thoughtful, melodic, and revealing project of his career.

Dawn FM is the fifth studio album by Canadian singer-songwriter the Weeknd. It features narration by Jim Carrey, guest vocals from Tyler, the Creator and Lil Wayne, and spoken word appearances from Quincy Jones and Josh Safdie. As the album's executive producers, the Weeknd, Max Martin and Oneohtrix Point Never recruited a variety of other producers such as Oscar Holter, Calvin Harris and Swedish House Mafia.

The Weeknd described the album's concept as a state of purgatory—a journey towards the light at the end of a tunnel, serving as a follow-up to his fourth studio album, After Hours (2020). Musically, Dawn FM is an upbeat record of dance-pop and synth-pop songs that are heavily inspired by 1980s new wave, funk and electronic dance music.

More by The Weeknd