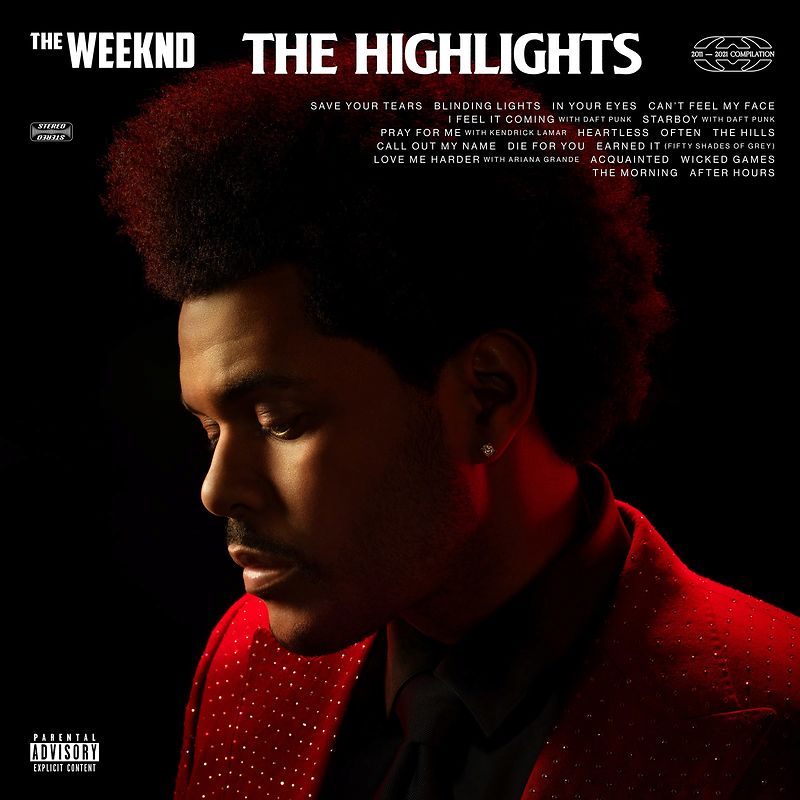 Greatest hits compilation by The Weeknd. I Feel It Coming!
€ 32,95
Add to wishlist
PICK-UP AT SHOP / FREE SHIPPING FOR ORDERS WITHIN BELGIUM AND EXCEEDING € 100 (FYI: we notice delays at Bpost which are out of our hands, if you want to be a 100% sure about delivery date, best choose pick-up) / Shipping costs are dependent on various factors and are calculated in your shopping cart. Add this item to your cart to see the shipping cost. Or pick up your order at our store in Ghent.

The Highlights is a greatest hits album by Canadian singer the Weeknd and follows the release of his fourth studio album After Hours (2020).

The track list is composed of songs from his three Billboard 200 number one studio albums: Beauty Behind the Madness (2015), Starboy (2016), and After Hours (2020), his debut mixtape House of Balloons (2011), his EP My Dear Melancholy (2018), and his two co-lead collaborations "Love Me Harder" and "Pray for Me", with Ariana Grande and Kendrick Lamar respectively, from the albums My Everything (2014) and Black Panther: The Album (2018).

More by The Weeknd