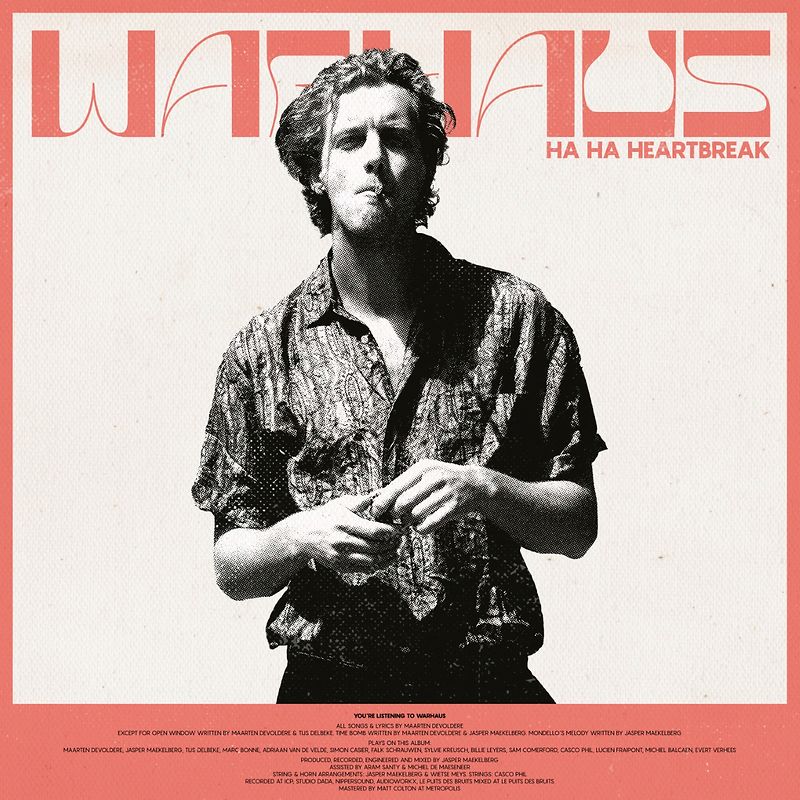 PRE-ORDER ITEM: This item will only be shipped to you on or after 11 November 2022. Please note any orders containing pre-order items won't be shipped until all items are available, so please order this separately to avoid delays. Release dates are at the mercy of labels, distributor, and pressing plants and will change constantly.
PICK-UP AT SHOP / FREE SHIPPING FOR ORDERS WITHIN BELGIUM AND EXCEEDING € 100 (FYI: we notice delays at Bpost which are out of our hands, if you want to be a 100% sure about delivery date, best choose pick-up) / Shipping costs are dependent on various factors and are calculated in your shopping cart. Add this item to your cart to see the shipping cost. Or pick up your order at our store in Ghent.

It has been half a decade since Warhaus, the brainchild of Maarten Devoldere (Balthazar), suddenly conquered our musical hearts with the triumphant double victory of We Fucked a Flame into Being (2016) and Warhaus (2017). And no, not because he spent his time relentlessly writing and refining new material in Ghent, on the contrary. The songs of the brand-new album Ha Ha Heartbreak came gushing out if him in a mere three weeks in the sultry city of Palermo. All Devoldere needed was the solitude of a hotel room, a guitar, a microphone, and a heart that had recently been broken in thousands of pieces. The sorrow was hard to handle, so, of course, Sicily was an escape. But as it goes, those who try to outrun life quickly run into themselves.

Ha Ha Heartbreak is the most personal and truthful Warhaus album to date, one in which he navigates the different stages of mourning and grief: starting with denial, passing through overconfident resistance, moving toward despair, to finally arrive at humble resignation in the gloomy conclusion “Best I Ever Had”: ‘All I ever wanted was a lot / to be your man was something I could not’. In effect, Ha Ha Heartbreak ends with a slice of acceptance, maybe even some comfort, which is relatable to anyone whose heart has ever been broken (to everyone, basically). The new Warhaus does eventually bring forth a big winner: its listener.