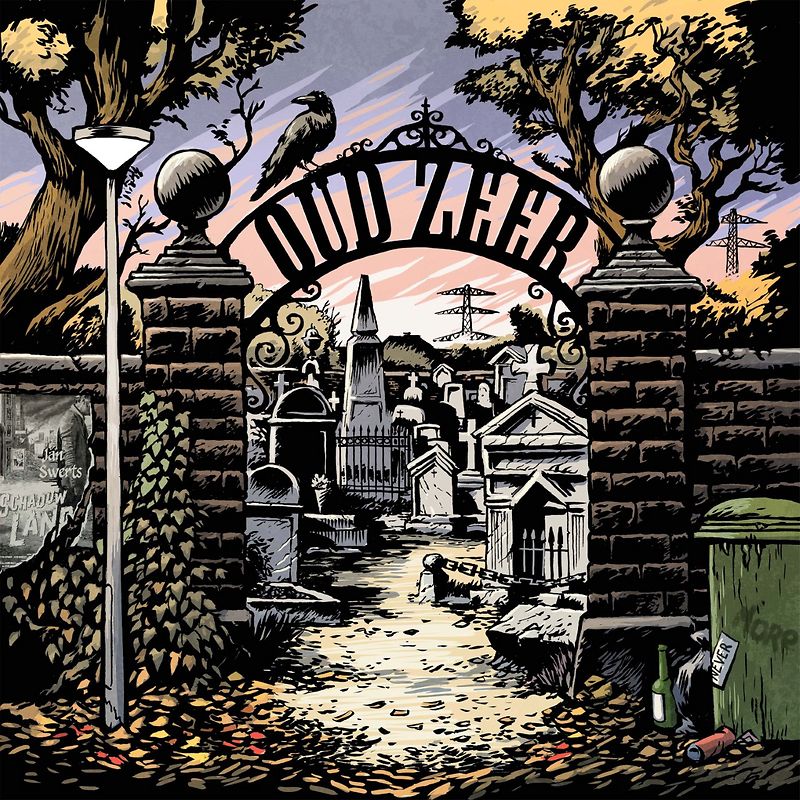 4th album by Jan Swerts, in his typical mix of singer-songwriter and classical music...
€ 29,95

The new album, his fourth already, is a musical graveyard journey. Oud Zeer contains ten piano tracks, each of which is named after epitaphs of graves Swerts likes to visit during his dwellings. From opener 'Deze kille grond' to 'Het ongekend Nadezen' to the closing track 'Alles vergaat, alles verdwijnt'.

After Weg, Anatomie van de Melancholie and Schaduwland, this feels like a logical next step for Swerts. All his life he has been curious about what the ravages of time can do to man, not the least to himself, and so cemeteries were never far away. The musician is surprised that it has taken so long: the idea of making a 'graveyard record' - with music for 'dead moments' - has been haunting him for years.

Musically, Oud Zeer is more bare boned than his previous albums. Piano, voice, some sparse guitar or strings: that's all there is. And if he previously liked to point out the influences of Nick Drake, Jotie T'Hooft and Wim Mertens, this time Swerts was mainly inspired by The Raven by Edgar Allen Poe ('Nevermore') and Hejira by Joni Mitchell, one of his favorite records. "Well I looked at the granite markers", Mitchell sings in the title track of that album. "Those tributes to finality, to eternity." The same song also echoes the immortal words: "There's comfort in melancholy".

And it is above all that bittersweet taste of the graveyard that Swerts tries to convey: on the one hand the old pain that slumbers over the graves, the countless stories of sorrow behind the graceful tombstones and the human struggle with evanescence. On the other hand the wonderful detachment and relaxation that such a place can offer. Nowhere will you find a more efficient "detox" from the excessive noise, stress and ego that is so typical of the modern age.

'Oud Zeer' released on Unday Records - is a memento mori, in which Swerts, in his typical mix of singer-songwriter and classical music, reminds us of the comforting fact that soon we will be here...nevermore.