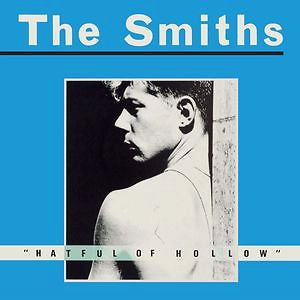 Already the darlings of the evening tastemakers at Radio 1 and the music press, Morrissey and Marr's Smiths had, by 1984, yet to make a satisfying entry in the album stakes. Their eponymous debut had some fine songs, but the production had left them sounding rather tinny and un-finished. Luckily their prodigious work-rate and sensible decision to use Radio 1 sessions as substitute studio/rehearsal time meant that they were soon perfecting their recorded sound as well as honing their formidable writing skills. Equally luckily someone at Rough Trade noticed, and a deal was struck to release these sessions along with some non-album A and B sides as Hatful Of Hollow. In one fell swoop the mistakes of the previous 6 months were forgotten.

Hatful…'s versions of the debut’s material, including ''Hand In Glove'', ''Reel Around The Fountain'' and ''What Difference Does It Make'', suddenly come alive in this quick and dirty environment – more closely resembling the live favourites that had won them acclaim in the first place. But it was the new material that really shone here. Singles ''William It Was Really Nothing'' and "Heaven Knows I'm Miserable Now'' revealed giant steps in both Morrissey's deadpan witticisms and Marr's way with a punchy hook, while ''Please, Please, Please Let Me Get What I Want'', ''Back To The Old House'' and ''This Night Has Opened My Eyes'' all showed the Mancunian bard to be now a master of gothic, Northern pathos. The last is quite desperately sad, with its moral upbraiding of an unwanted pregnancy's termination.

As if this wasn't enough, Hatful… contains the first appearance of what may be the band's finest moment. ''How Soon Is Now'' encapsulates everything good about the Smiths. It has Morrissey’s faintly mocking sense of teenage rejection ('…so you go and you stand on your own, and you leave on your own. And you go home and you cry and you want to die'), Marr's stunning vibrato guitar chimes and a rhythm section you could set your watch to. Within weeks it was winning Peel's Festive 50.

Hatful Of Hollow was the point where even to doubters began to really believe the hype surrounding the band. It was their true debut in every sense …  (BBC review)