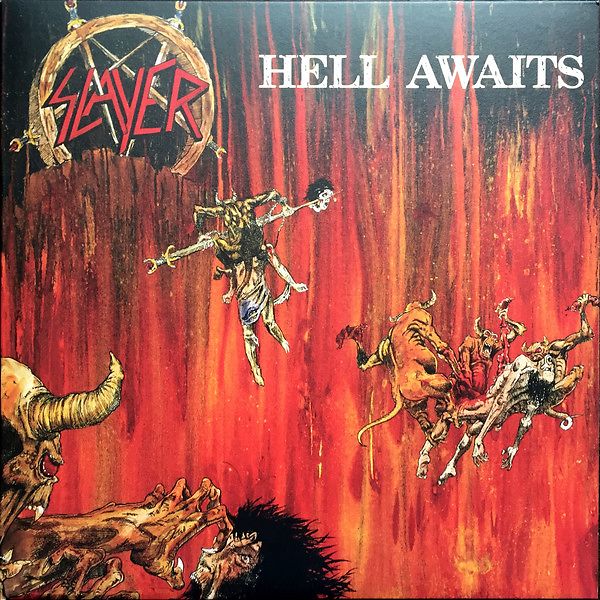 The band's 1983 debut Show No Mercy became Metal Blade Records' highest-selling release, and as a result, producer Brian Slagel desired to release a second Slayer album. To that end, Slagel financed a recording budget (Show No Mercy was paid for by band members) and recruited several experienced producers to help in the studio.

The lyrical themes on Hell Awaits include hell and Satan, as with their debut; the intro of the title track played backwards reveals the repeated phrase "join us". Musically, the album features the band's most progressive and diverse work compared to their previous releases, and according to Kerry King, he and Jeff Hanneman were very into Mercyful Fate at the time, which then led to the longer and more progressive songs. Defined as "influential to future extreme metal acts", the most popular songs from Hell Awaits were re-recorded by various underground metal bands and have appeared on several tribute albums.