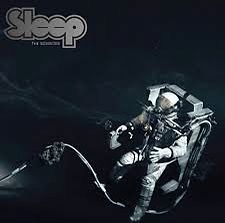 'The Sciences' is the new album by Sleep. This is a limited edition pressed on coloured green vinyl - for Indie Stores only.

The iconic stoner metal band’s first studio album in almost two decades is a twin ode to volume and weed. It makes everything that was originally great about Sleep even better. - Pitchfork

Sleep's first full-length album of new recordings since 1998. Years after the release of Volume One in 1991, Sleep's Holy Mountain in 1992 and Dopesmoker in 2003, the sonic titans reaffirm their place at the top of the riff pyramid with this brand-new double album, The Sciences.