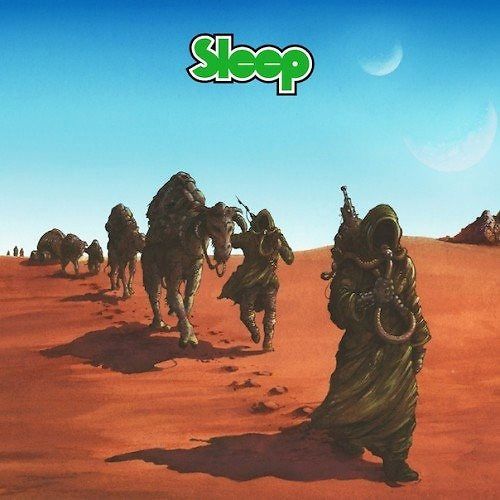 Jerusalem and Dopesmoker are albums by the band Sleep. The albums were released in 1999 and 2003 respectively. The music for these albums was written during a four-year period when the group was working on a single song that was around an hour in length. Sleep had signed with London Records, which financed the album. When recording had finished, London Records was unhappy with the finished product and refused to release it. The album was later released in various forms by different record labels. All versions of the album received very positive reception from music critics, who described it as a high-water mark in both the stoner metal and doom metal genres.

Both Dopesmoker and early releases of the album received positive reviews from the music press. In the December 2000 issue of Spin the album was referred to as "brilliant" and as a "stoner touchstone". CMJ New Music Monthly wrote positively about the song, saying that the "monotony rarely becomes tedious, because Al Cisneros and company are unpredictable and sensual in their drug-induced pounding of early Sabbath terrain." Online music database AllMusic gave the Jerusalem album four stars out of five stating that "Either version is worth investigating for adventurous metal enthusiasts, but Dopesmoker is clearly the final and definitive presentation of this work".

The album continued to receive praise after the release of Dopesmoker. The British music magazine Mojo gave the album a rating of five out of five stars proclaiming that Dopesmoker is "A benchmark by which all that dares call itself stoner rock must surely be judged." Exclaim! praised Dopesmoker's production value and noted that the album was an "ultimately better version of 1999's stoner opus Jerusalem." Stylus Magazine's Stewart Voegtlin defined Dopesmoker as "a 60-minute song about the spliff, a monstrous rock ode to stinky buds". Voegtlin pointed out that London Records' refusal to "share Sleep's affection or vision, [led the band to] disbanding in disgust.

The 2012 Southern Lord Records re-issue was also praised. On Metacritic, it has a score of 94 out of 100, based on 9 reviews. Exclaim! noted that this issue was "cleaner and more powerful, the guitars sound heavier, with a much larger presence, and the mesmerizing complexity of the track has been reinvigorated." Pitchfork Media gave the album an 8.5 out of 10 and listed it as one of "the best new reissues" noting that "It's an hour of adventure and momentum, where the lumber and the repetition somehow always push ahead." Consequence of Sound gave the album three and a half stars out of five, stating that "It's not for everybody, certainly; all but the biggest potheads/metalheads may burn out after so much grinding. It's no showcase for songwriting, either, but it makes up for that with heady atmosphere."