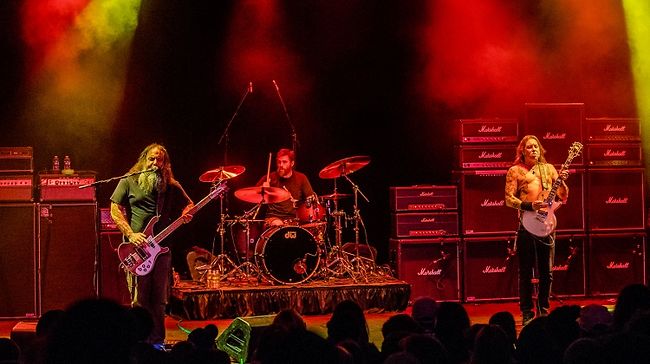 Sleep is an American heavy metal power trio from San Jose, California. The band earned critical and record label attention early in its career. With black sabbath in mind as their biggest influence they exerted a strong influence on metal in the 1990s. Sleep were reportedly offered an unprecedented six-figure deal by London Records. But instead of grabbing their chance at mainstream stardom for all it was worth, Sleep vowed to delve even deeper into their incredibly heavy and slothful sound instead. However, conflict with its record company contributed to Sleep's breakup by the end of the decade. The band reformed in 2009 and has played sporadic live dates internationally since.