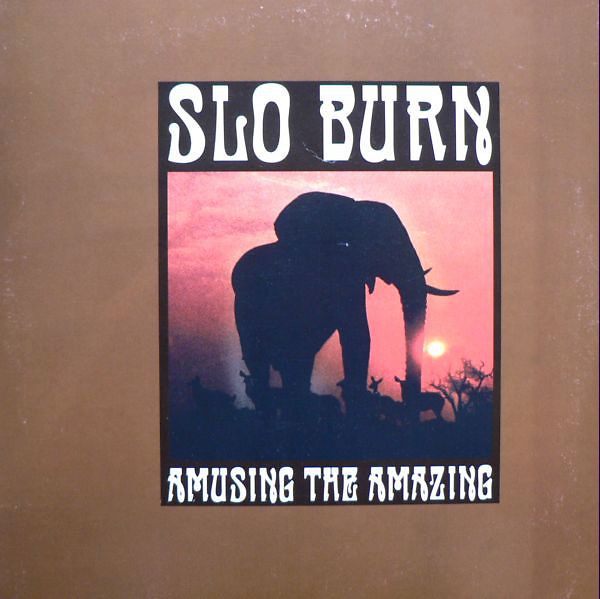 Slo Burn was a stoner rock band whose popularity peaked in 1996 and 1997. The band was formed by John Garcia of the influential stoner rock band Kyuss, which had split up some months previously. Garcia is joined by Chris Hale on electric guitar, Damon Garrison on bass guitar and Brady Houghton on drums.

In 1996, the band distributed a five-song demotape, and in April 1997 released an EP entitled Amusing the Amazing through the record label Malicious Vinyl. According to interviews, Garcia claimed that the band also intended to record a full-length album. Slo Burn played Ozzfest in 1997 but decided to split up in September, towards the end of the tour. Garcia subsequently joined the equally short-lived band Unida, before becoming the vocalist with Hermano, which have since recorded three studio albums.

Slo Burn has a sound very similar to that of latter-day Kyuss, which can be attributed to Garcia's singing style and the production work of Chris Goss. However, the music is more direct and less layered and complex.