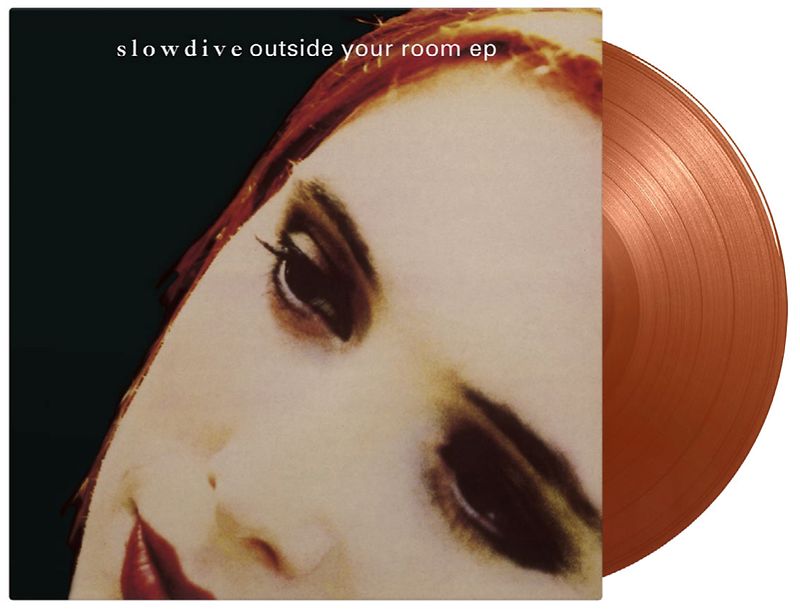 Outside Your Room is the fourth EP by English shoegazing band Slowdive, released in 1993, two weeks prior to the release of their successful album Souvlaki. The title is taken from the lyrics of the song “Alison”, which reached No. 69 in the UK Singles Chart. Side A also features the lazy lurcher “So Tired”. The flip side features the hypnotic, smouldering near-instrumental dub of “Souvlaki Space Station” and closes with “Moussaka Chaos”.

This rare and sought-after EP is now finally available as a limited edition of 4000 individually numbered copies on red & gold swirled vinyl. The jacket has a special deluxe “alubrush” finish. The package includes an insert with the Slowdive catalogue.