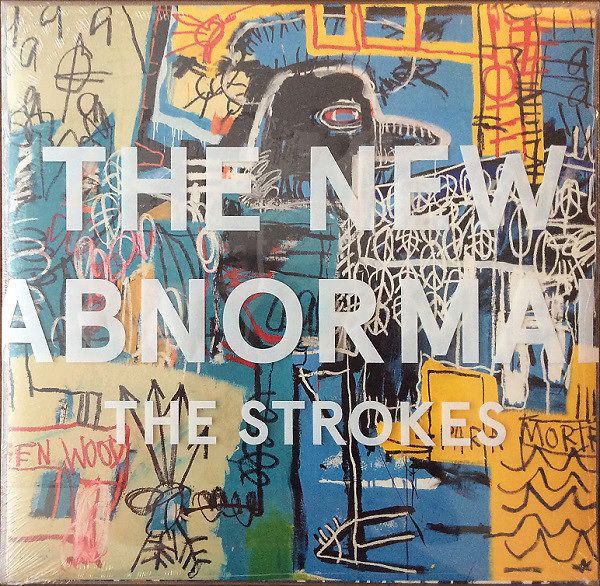 Packaged in a PVC sleeve which lies within shrink-wrap. Includes a custom inner sleeve, a foldout poster, and a download card. Track numbering is sequential across sides.

The Strokes' album The New Abnormal, their first in seven years. “At The Door,” the first track from the highly anticipated new album, debuted during their performance at Senator Bernie Sanders’ University of New Hampshire rally. The single ‘Bad Decisions’ has since also been released.

The New Abnormal is The Strokes’ sixth studio album and was recorded at Shangri-La Studios in Malibu and produced by Rick Rubin. The album’s cover artwork is a painting by Jean-Michel Basquiat, Bird on Money.