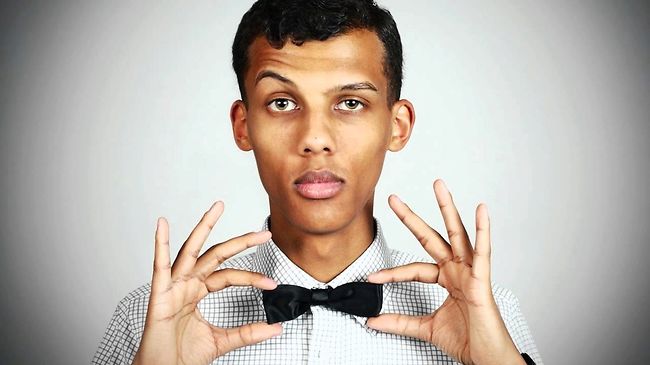 Paul Van Haver, better known by his stage name Stromae, is a Belgian musician, rapper, singer and songwriter. He is mostly known for his works in the genre of hip hop and electronic music. Van Haver was born in Brussels and raised in the city's Laeken district, to a Rwandan Tutsi father, and a Belgian Flemish mother, He and his siblings were raised by their mother, as his father, a successful architect, was killed during the 1994 Rwandan genocide, while visiting his family.He attended the Sacré-coeur de Jette, a Jesuit school in Jette, the Collège Saint-Paul in Godinne, after failing in the public school system at the age of sixteen. He formed a small rap group with his friends while still in school. His early influences included Belgian singer-songwriter Jacques Brel, Cuban son and Congolese rumba. In 2008 Stromae worked as a young trainee at the music radio station NRJ in Brussels and got aired by impressing the management team with his hit single "Alors-On-Danse".