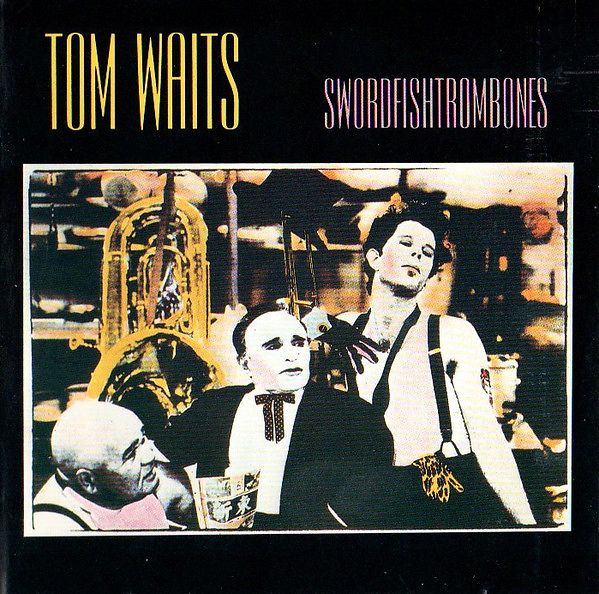 Swordfishtrombones is the seventh studio album by American singer-songwriter Tom Waits, released in September 1983. It was the first album that Waits produced himself. Stylistically different from his previous LPs, the album moves away from the piano and string orchestra arrangements of the late 1970s, replacing them instead with unusual instrumentation and a somewhat more abstract songwriting approach.

The cover art is a TinTone photograph by Michael A. Russ showing Waits with the actors Angelo Rossitto and Lee Kolima.

In 1989, Spin named Swordfishtrombones the second greatest album of all time.

Pitchfork listed Swordfishtrombones as 11th best album of the 1980s.