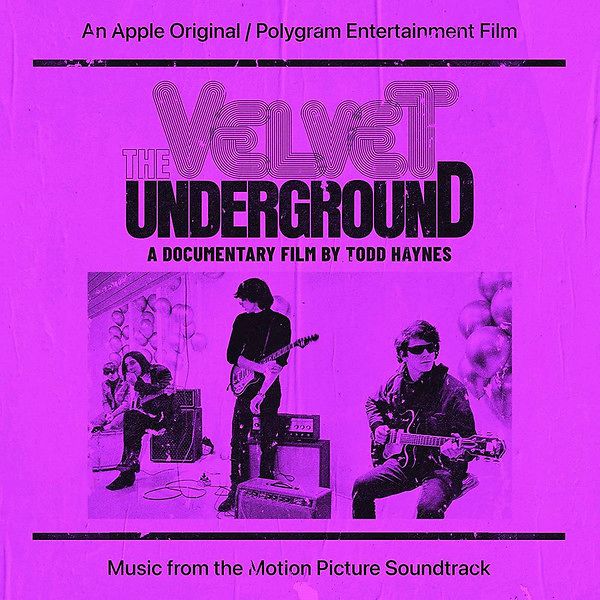 "Some of the most riveting, inspired, and influential rock music ever recorded"
€ 32,95

The soundtrack to Todd Haynes‘ award-winning documentary The Velvet Underground contains some of the most riveting, inspired, and influential rock music ever recorded. That’s not hyperbole. It’s possibly an understatement. This collection anthologizes 11 Velvet Underground tracks, all of them great, plus five additional songs by influences and associated acts.

They highlight the Velvets at their most iconic and most iconoclastic. “I’m Waiting for the Man”, “Sweet Jane”, and “Pale Blue Eyes” – all included here – are probably the closest they came to hits. “Heroin” and “Venus in Furs” are reminders of Reed’s embrace of the gritty and the taboo. A noisy, 20-minute version of “Sister Ray” effectively shows how far the anarchic Velvets’ live shows were from the concerts of even the jam-inclined members of the Woodstock Generation. The stunning “Sunday Morning” (here, lovingly sequenced after “Chelsea Girls”, Nico’s solo ballad released just months after her collaboration with the Velvets) is an argument that in a bizarro version of the 1960s and 1970s, Lou Reed might have scored baroque, AM-radio folk-pop hits.