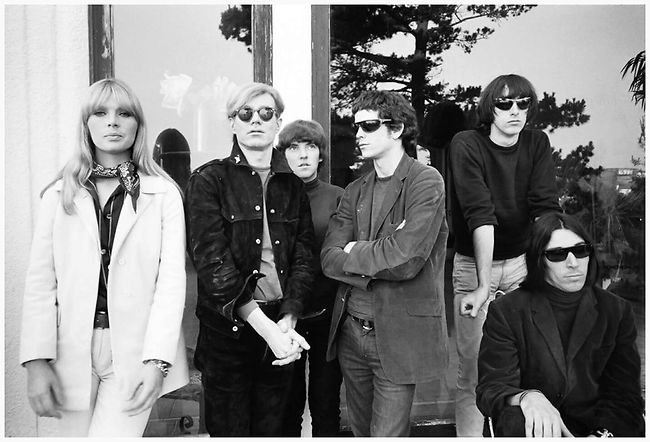 The Velvet Underground was an American rock band formed in New York City in 1964 by singer/guitarist Lou Reed, multi-instrumentalist John Cale, guitarist Sterling Morrison and drummer Angus MacLise. MacLise was replaced by Moe Tucker in 1965, who played on most of the band's recordings. The band performed under a number of names before settling on The Velvet Underground in 1965. Pop artist Andy Warhol became their manager in 1966, and they served as the house band at Warhol's art collective known as "the Factory" and Warhol's traveling multimedia show, the Exploding Plastic Inevitable, from 1966 to 1967. Their debut album, The Velvet Underground & Nico (with German singer and model Nico), was released in 1967 to critical indifference and poor sales but has since become critically acclaimed; in 2003, Rolling Stone called it the "most prophetic rock album ever made."