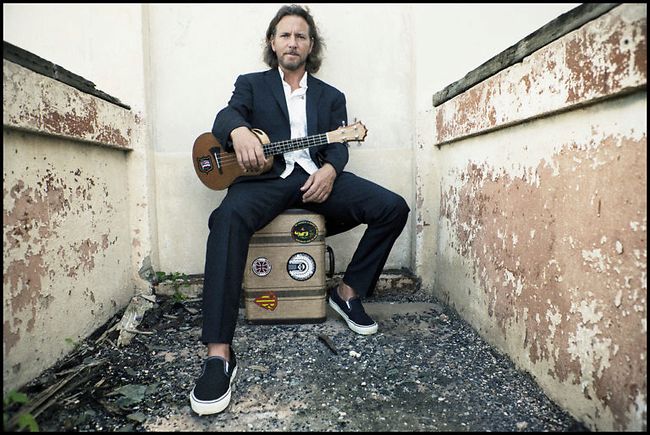 Rock And Roll Hall Of Fame inductee as lead singer of Pearl Jam, one of the biggest grunge / rock acts around.

But there's also a soft side to the man. Testimony to that are his solo outings.

Most notably 2007's soundtrack to the movie 'Into The Wild', which won him a Golden Globe Award for Best Original Song.