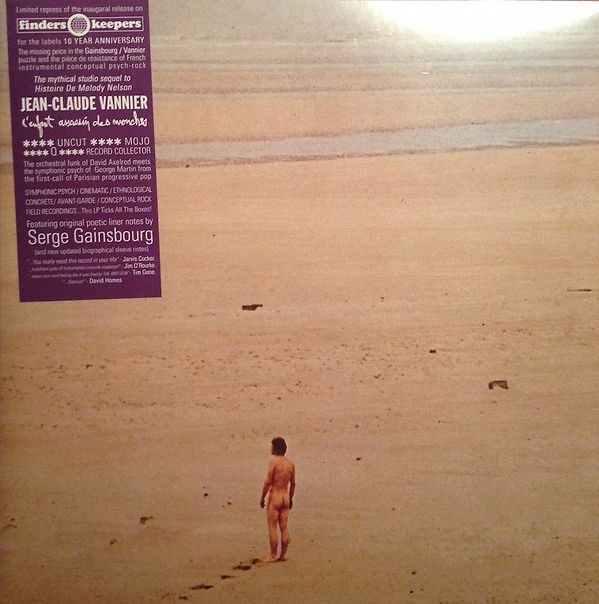 Jean-Claude Vannier (born 1943) is a French musician, composer and arranger. Vannier has composed music, written lyrics, and produced albums for many singers.

Vannier is regarded as an important musician in his native country; music critic Andy Votel noted his Eastern music influences and named him a pop-culture icon of 1970s France, alongside Serge Gainsbourg and Jane Birkin.

“L’enfant assassin des mouches” is a concept album by Vannier that was released by Night & Day in 2003. This instrumental album, which inspired Serge Gainsbourg to write the well known cruel tale, was originally recorded in 1973. Finders Keepers, a UK record label, released it in 2005 with outstanding quotes from Jarvis Cocker, Jim O’Rourke, David Holmes, Tim Gane, Andy Votel International release in 2006 by Finders Keepers. “Because Music” decided to republish the album in October 2008. The album has since attained a more notable cult classic status.