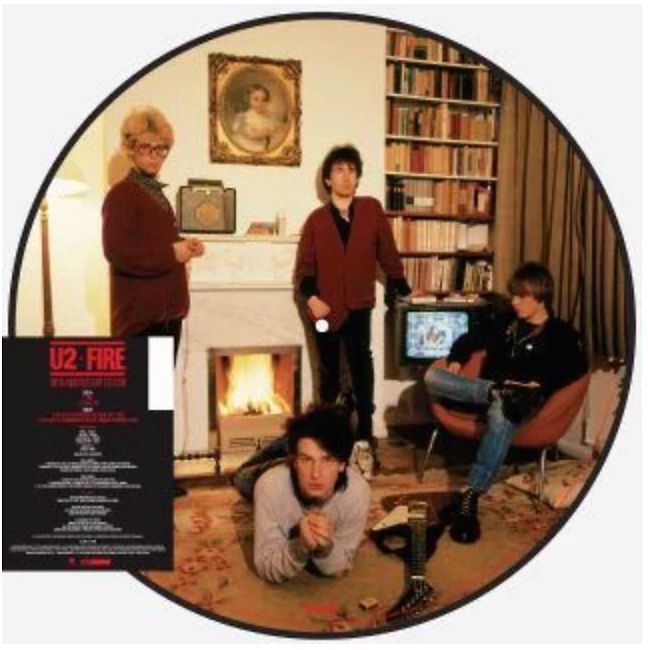 Recorded in spring 1981 during a break on the Boy Tour, Fire was originally released as the first single from U2’s second studio album ‘October’ in July of that year, with J Swallow as the B-side.

This 40th anniversary picture disc vinyl edition features both Fire and J Swallow on Side A, plus two live recordings of Fire on Side B. The first is from Werchter Festival in Belgium in July 1982, the second is taken from a BBC recording at the Hammersmith Palais, London in December 1982.  All tracks have been newly remastered.