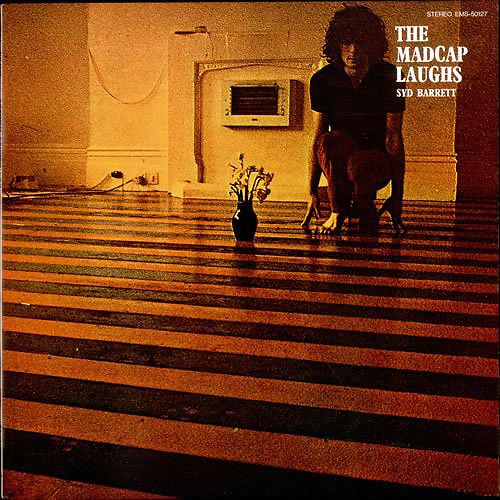 A key figure in the development of London's underground music scene during the late 1960s and –despite his rather brief period of activity– a continuing influence on popular (and unpopular) music onward into the 21st century. Unfortunately, soon after achieving success with Pink Floyd, he began to suffer from mental problems, possibly complicated by drug use, from which he never fully recovered.

Having become increasingly unpredictable in person and unreliable as performer, he was pushed out of the band in 1968. He continued with a brief solo career, releasing eclectic albums The Madcap Laughs and Barrett, before leaving the music industry and spending the rest of his life living in relative seclusion.

Barrett had an infamous "reunion" with Pink Floyd in 1975, when he showed up at the mixing session for Shine On You Crazy Diamond, ironically a song written in tribute to him. His appearance - Overweight and shaven haired - shocked and saddened his former bandmates.

The lyric of "Golden Hair" is from a poem by James Joyce. Permission for use granted by The Society of Authors, literary representatives of the estate of James Joyce. Combined track running times B4 to B4 is 7:59.