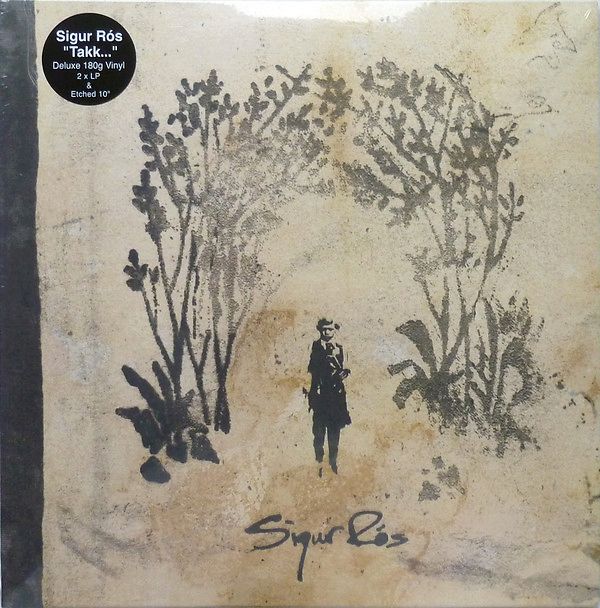 DLX reissue on two 180g LPs and a single-sided etched 10" on thinner vinyl, in original packaging in debossed gatefold sleeve with die-cut inner flap holding the 10".

Pressed on 2 x 12” and including a single sided etched 10” this beautifully packaged record is composed of a debossed gatefold sleeve with a single die cut page that holds the 10”. Takk… and is sold out world-wide. The record went Platinum in the UK and gold in the US. Takk… - Sigur Rós’s fourth album and the one where they finally got happy, albeit in their own inimitable and deeply inscrutable, north Atlantic way. This is the record that gave the world ‘Hoppípolla’, a song which cemented Sigur Rós’s reputation for being the go-to band for anyone wanting a sense of wonderful possibility in their film/TV show. The record also harboured moments of definitive Sigur Rós drama in singles Glósóli and Sæglópur, and high beauty in Sé Lest and Svo Hljótt.