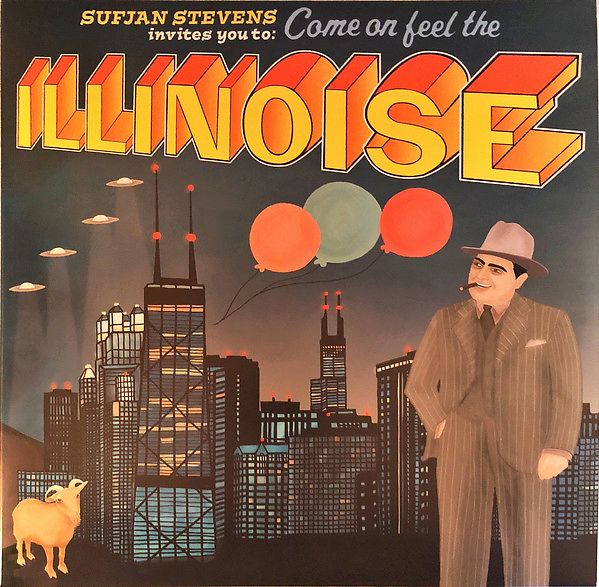 Illinois (styled Sufjan Stevens Invites You To: Come On Feel the Illinoise on the cover; sometimes written as Illinoise) is a 2005 concept album by American singer-songwriter Sufjan Stevens. His fifth studio album, it features songs referencing places, events, and persons related to the U.S. state of Illinois. Illinois is Stevens' second based on a U.S. state—part of a planned series of fifty that began with the 2003 album Michigan and that Stevens has since acknowledged was a joke.

Stevens recorded and produced the album at multiple venues in New York City using low-fidelity studio equipment and a variety of instruments between late 2004 and early 2005. The artwork and lyrics explore the history, culture, art, and geography of the state—Stevens developed them after analyzing criminal, literary, and historical documents. Following its release, Stevens promoted Illinois with a world tour.

Critics praised the album for its well-written lyrics and complex orchestrations. In particular, reviewers noted Stevens' progress as a songwriter since the release of Michigan. Illinois was named the best-reviewed album of 2005 by review aggregator Metacritic, and was included on several reviewers' "best of the decade" lists—including those of Paste, NPR, and Rolling Stone. The album amounted to Stevens' greatest public success to date; it was his first to place on the Billboard 200, and it topped the Billboard list of "Heatseekers Albums". The varied instrumentation and experimental songwriting on the album invoked comparisons to work by Steve Reich, Neil Young, and the Cure. Besides numerous references to Illinois, Stevens continued a theme of his songwriting career by including multiple references to his Christian faith.